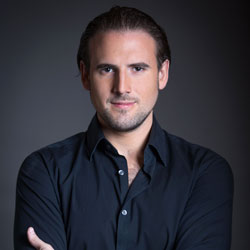 François López-Ferrer will provide artistic support to CSO Music Director Louis Langrée and May Festival Principal Conductor Juanjo Mena as Assistant Conductor throughout all rehearsals and performances. He will also conduct the CSO Young Peoples Concerts which reach over 17,000 students and teachers.

The Spanish-American conductor returns to Cincinnati with a formidable musical legacy; his father, the late Jesús López-Cobos, served as Music Director of the CSO from 1986 to 2001 and as Music Director Emeritus until his passing in 2018. His son, López-Ferrer, grew up in Cincinnati, attended the University of Cincinnati College-Conservatory of Music (CCM), and maintains ties to the local music community. He founded Ensemble Vita, composed of fellow students from CCM, and led concerts throughout the Cincinnati area with innovative programming spanning Baroque through 21st-century repertoire. In 2012 he co-founded the Queen City Chamber Opera in Cincinnati, specializing in rarely performed operatic works created by well-known composers presented in non-traditional spaces.

López-Ferrer recently garnered international attention following a critically acclaimed debut with the Verbier Festival Orchestra, filling in for Iván Fischer and conducting alongside Sir Simon Rattle and Gabor Takács-Nagy at the 2018 Verbier Festival in Switzerland.

López-Ferrer is currently in his second season as associate conductor of the Orquesta Sinfónica Nacional de Chile (OSNC). He also serves as principal conductor of the Ballet Nacional Chileno. With the OSNC, López-Ferrer conducted numerous subscription and educational concerts, as well as Coopeuch’s “Sembrando Cultura” tour, reaching approximately 30,000 people.

López-Ferrer holds a Master’s Degree in Orchestral Conducting from the Haute École de Musique de Lausanne, under the tutelage of professor Aurélien Azan Zielinski, and a Bachelor of Music in Composition from the University of Cincinnati College-Conservatory of Music (CCM) where his teachers included Joel Hoffman, Miguel Roig-Francolí, and Michael Fiday. Since 2009 he has been a student and protégé of Conductor Leonid Grin. As a composer, López-Ferrer participated in master classes with Leonardo Balada, Steve Reich, Frederic Rzewski and Jack Body. 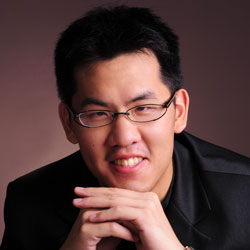 Wilbur Lin begain his tenure with the Cincinnati Pops Orchestra as Assistant Conductor in 2019. He also serves as Conductor for the Cincinnati Symphony Youth Orchestra (CSYO) Philharmonic, an ensemble of the region’s top high school age musicians.

Lin began his musical education at the age of five. In 2008, the Taiwanese-American conductor founded a student orchestra, the Chamber Philharmonic Taipei, which is now a professional chamber orchestra with an active annual summer season funded by both the Arts Council of Taipei and the Taiwanese Ministry of Culture.

Lin held the position of Lord Rhodes Scholar from 2013 to 2014, was a two-time recipient of Mortimer Furber Prize for Conducting at the Royal Northern College of Music (RNCM), and is a doctoral candidate (ABD) at the Indiana University Jacobs School of Music.