Following a competitive audition process that attracted candidates from around the world, the Cincinnati Symphony Orchestra (CSO) and Music Director Louis Langrée announced Stefani Matsuo as the audition winner and appointed Concertmaster beginning in the CSO’s 125th anniversary season in September. The Concertmaster chair was endowed by Anna Sinton Taft. 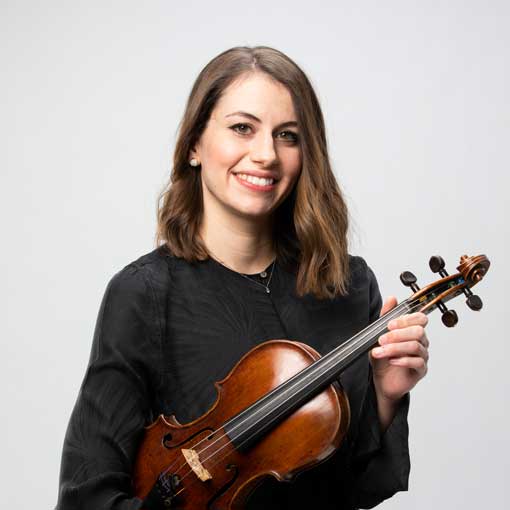 Matsuo joined the CSO in 2015 as a member of the second violin section. She then won the audition for Associate Concertmaster in 2018, and served in that role throughout the 2018-19 season. That season, the CSO featured a number of guest concertmasters, and Matsuo also performed in the vacant concertmaster chair while the search for a new concertmaster commenced.

After winning the Concertmaster audition in March, Matsuo was the featured soloist in the CSO’s season finale program in May during her Concertmaster trial week, performing Mozart’s Violin Concerto No. 4. Cincinnati Business Courier music critic Janelle Gelfand described her performance as “masterful.”

The CSO holds screened auditions for open positions in the Orchestra, with candidates’ identities hidden from the selection committee. Once a candidate wins the audition, that individual performs a trial week or weeks with the CSO before a contract offer is extended.

“Stefani has consistently demonstrated remarkable artistry and leadership,” said Langrée. “Throughout the audition process, her playing set Stefani apart from the competition. I am confident in her extraordinary abilities and am thrilled she is serving in this vital role of Concertmaster moving forward.” 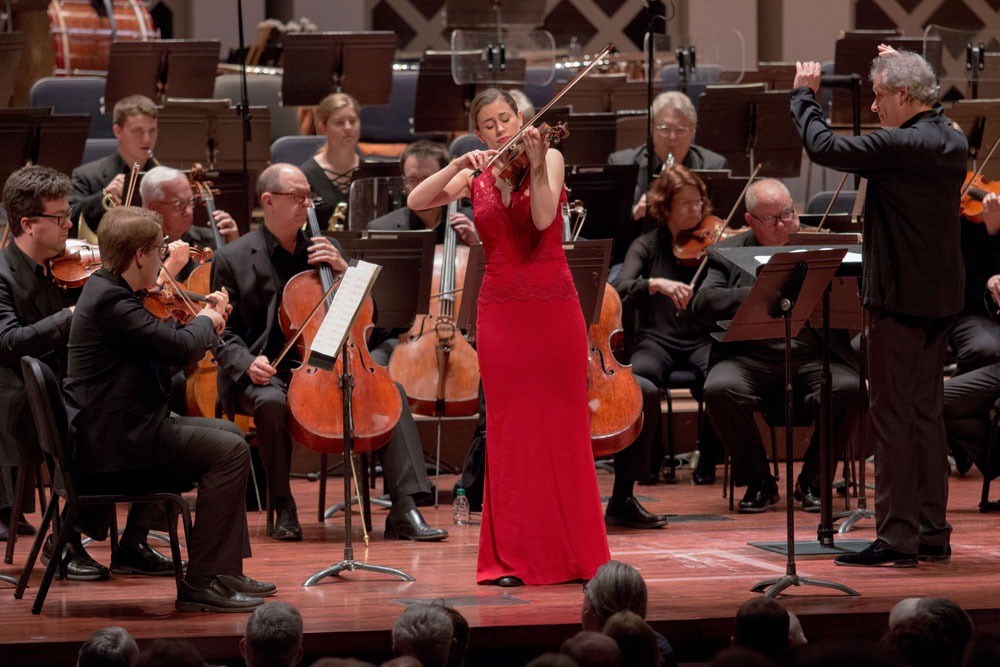 “I have worked toward this my entire career and am truly honored to be appointed Concertmaster of the CSO,” said Matsuo. “This is an orchestra respected around the world and steeped in great artistry. I embrace the enormous responsibilities that come with this pivotal role and look forward to making music with my colleagues and serving this great community for years to come.”

Praised by the Washington Post for her “temperament and clear musical purpose” and “great technical maturity,” Matsuo has emerged as one of today’s great talents. In addition to her extensive work with the CSO, which also performs and records as the Cincinnati Pops, Matsuo serves as a co-artistic director of the innovative chamber ensemble concert:nova, and along with her husband, CSO cellist Hiro Matsuo, co-founded the 2M Duo, which made its international debut in Taiwan in 2017.

As a dedicated chamber musician, Matsuo has collaborated with many distinguished artists including David Aaron Carpenter, Itzhak Perlman, and Dmitry Sitkovetsky, among others. In Cincinnati, she is a regular performer on the Linton Chamber Music Series. In New York City, she performed regularly with Jupiter Chamber Players and Salomé Chamber Orchestra. She also served as concertmaster of Symphony in C and as a member of the first violin section of the Indianapolis Symphony Orchestra.

She completed her Master’s Degree in Music at The Juilliard School under the tutelage of Sylvia Rosenberg, and has a Bachelor’s degree from the Cleveland Institute of Music where she studied with Paul Kantor. Matsuo originally hails from North Carolina.

She succeeds Timothy Lees, who served as CSO Concertmaster from 1999 to 2018, when he stepped down due to injury. He retired from the Orchestra earlier this year.