CINCINNATI, OH (November 10, 2022)—The Cincinnati Symphony Orchestra (CSO) announced Endea Owens as its 2023 MAC Music Innovator. Owens is an award-winning bassist known for her vibrancy and international array of musical projects and collaborations. Endea is the bassist for singer Jon Batiste’s band Stay Human, house bassist for The Late Show with Stephen Colbert, and creator of The Community Cookout initiative, which brings hot meals and free music to communities in need.

The Orchestra’s MAC Music Innovator is a year-long music residency that works to showcase and highlight Black leaders of classical music. Selected musicians embody artistic innovation and a passion for community engagement and education. With support from the Multicultural Awareness Council (MAC), a volunteer group that supports audience engagement initiatives with the CSO, the MAC Music Innovator will collaborate closely with the CSO’s Diversity, Equity and Inclusion (DE&I) and Learning departments to create a distinctive residency with educational and community engagement programs. During her time as the MAC Music Innovator, Owens will engage with area students, community partnerships, chamber performance opportunities, and a culminating orchestra performance with the CSO.

“We are excited to have Endea Owens as our 2023 MAC Music Innovator,” said Jonathan Martin, President and CEO of the CSO. “Her musicianship and heart for community, as evidenced by her work as the founder of The Community Cookout, are admirable. She is already a role model to young people who dream of carving a path for themselves in music, and we look forward to seeing the impact that Endea will bring to students in our schools and the greater community.”

“I am deeply honored to be chosen as the 2023 MAC Music Innovator by the Cincinnati Symphony Orchestra,” said Owens. “The CSO's dedication towards both music and community is nothing short of amazing, and being selected as a MAC Music Innovator is something that I hold very dear to my heart. Growing up, I rarely had the opportunity to see live performances of any kind due to many variables. Now with the help of the CSO, I can be a part of the change that I've always wanted to see. I am excited to perform alongside so many incredible musicians and bring classical music, jazz, free meals, and joy to people from so many communities. The true spirit of music always begins with the people.” 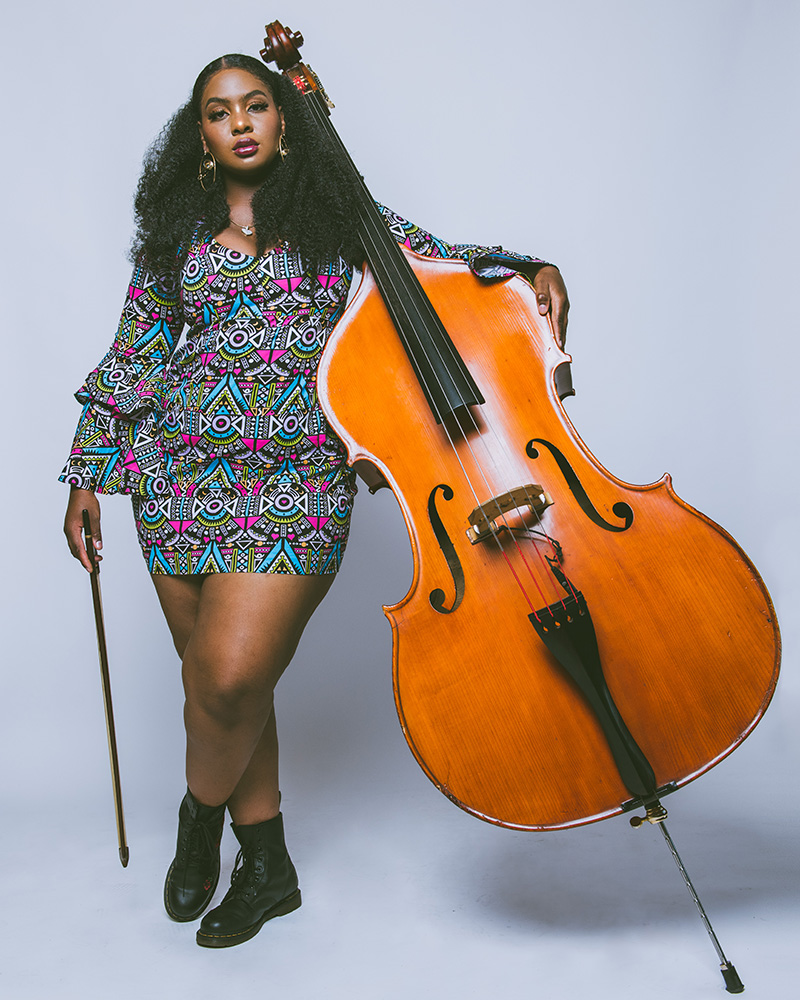 Known as one of jazz’s most vibrant emerging artists, Endea Owens is a Detroit-raised recording artist, bassist, and composer. She has been mentored by jazz icons such as Marcus Belgrave, Rodney Whitaker, and Ron Carter. She has toured and performed with Wynton Marsalis, Jennifer Holliday, Diana Ross, Rhonda Ross, Solange, Jon Batiste, Jazzmeia Horn, Dee Dee Bridgewater, Steve Turre, and many others.

In 2018, Endea graduated from The Juilliard School, and joined The Late Show with Stephen Colbert as a member of the house band, Stay Human. Since then, Endea has won an Emmy, Grammy Award, and a George Foster Peabody Award. Endea’s work has appeared on Jon Batiste’s Grammy Award-winning album We Are, the Oscar-nominated film Judas and the Black Messiah, and H.E.R’s widely acclaimed Super Bowl LV performance.

Endea has a true passion for philanthropy and teaching. She has taught students across the United States, South America, and Europe. In 2020, Endea founded the Community Cookout, a non-profit organization birthed out of the Covid-19 pandemic, that provides meals and music to underserved neighborhoods in New York City. To date, Endea’s organization has helped feed close to 3,000 New Yorkers, and has hosted over a dozen free music concerts.

In 2022, Endea composed an original piece about the life of Ida B. Wells entitled “Ida’s Crusade” for the Jazz at Lincoln Center Orchestra, which was also performed by the NYO Carnegie Hall Orchestra. Endea has also written for brands such as Pyer Moss and Glossier. Endea is set to premiere a newly commissioned work with the Cincinnati Symphony Orchestra, and will serve as the 2023 MAC Music Innovator with the organization. In addition to her work with the Cincinnati Symphony Orchestra, Endea is the curator for the National Arts Club and also a fellow for Jazz is Now! with the National Jazz Museum in Harlem, where she presents original compositions, curates series, and headlines performances for the 2022-2023 season. Endea’s debut album “Feel Good Music” is set for release in early 2023.