Dr. Charla and Scott Weiss to Join in Diversity Fellowship Program Support Beginning in the 2022-2023 Season 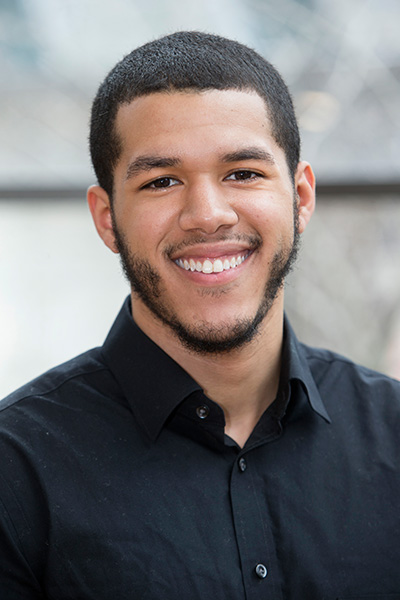 Emilio Carlo, Violist and Diversity Fellow from 2016-2018, has accepted a one-year contract with the Cincinnati Symphony Orchestra for the 2022-2023 season. Previously, Carlo performed as a section violist with the Nashville Symphony in Tennessee, and in the 2020-2021 season, he won a position with the Columbus Symphony in Ohio and made finals for the Dallas Symphony Orchestra’s Associate Principal Viola position in Texas. Last season, Carlo made finals for the Pittsburgh Symphony Orchestra in Pennsylvania and will be joining the PSO on a European tour in August, prior to starting with the CSO. Carlo performed as a substitute on the CSO’s first two subscription concerts of the 2021-2022 season. 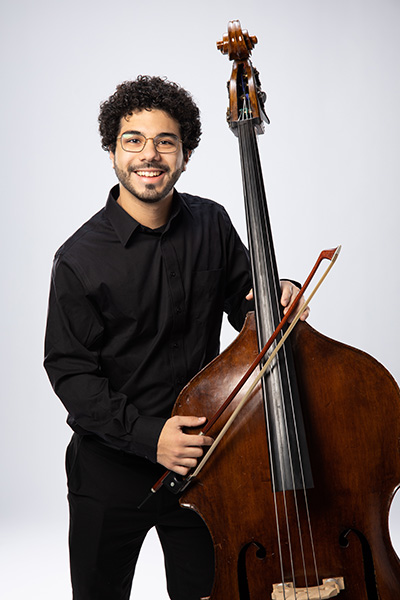 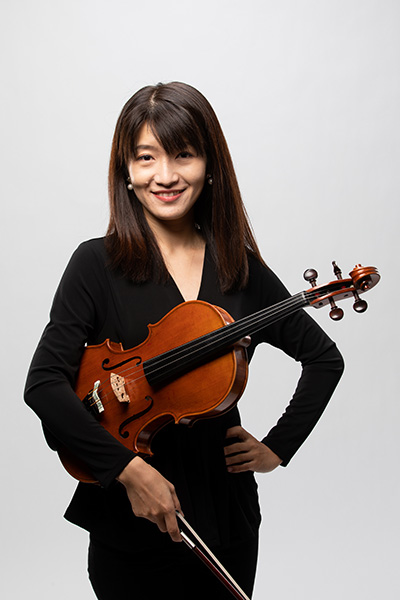 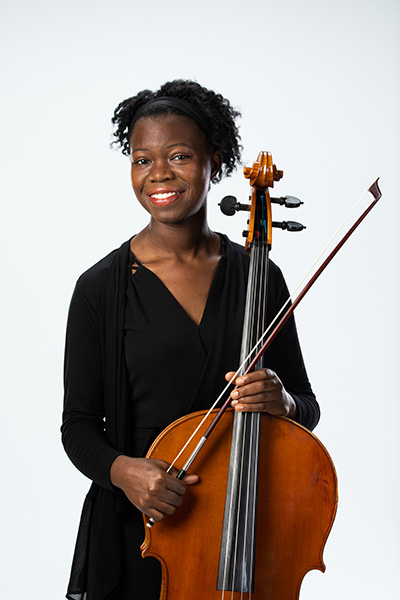 Denielle Wilson, Cellist and Diversity Fellow from 2019-2021, has accepted a one-year position with the cello section of the Atlanta Symphony Orchestra. Previously, Wilson won first prize in the Strings Division of the Sphinx Orchestral Partners Auditions (SOPA) Excerpt Competition, which provides Black and Latinx orchestral musicians the unique opportunity to audition for a panel representing several orchestras seeking to identify musicians for invitations to auditions, pre-advancement at auditions, and placement on substitute player lists. Wilson was offered a one-year position with the Charlotte Symphony Orchestra as a result of her SOPA Award. In June 2022, Denielle Wilson was the featured cellist in the Cincinnati Symphony Orchestra’s 2022 MAC Music Innovator Concert. Wilson is currently playing in the cello section of the CSO for Cincinnati Opera’s performances of Aida.

“The CSO/CCM Diversity Fellowship Program is designed to open doors for talented young string players from historically underrepresented groups in American orchestras,” said CSO President and CEO Jonathan Martin. “The Fellowship Program, which enables participants to learn directly from their professional counterparts and perform in highly intensive professional experiences, continues to benefit musicians as they audition and obtain jobs in the industry. We are honored to support these extraordinary artists on their professional journeys and make meaningful strides in changing American orchestras through the Diversity Fellowship Program.”

“My experiences in the CSO/CCM Diversity Fellowship have offered tools that assist in my pursuit of a full-time position in a professional orchestra,” said Wilson.

During the 2021-2022 season, the Cincinnati Symphony Orchestra conducted more than 300 “blind auditions” whereby screens concealed musician candidates from the audition committee, promising anonymity. Adopted by orchestras in the 1970s to address gender disparity in the audition process, blind auditions have endured in the industry as a tool to eliminate other potential biases, including race, in the selection process, allowing for the tone and artistry of each musician to be the sole indicators of success. At the Cincinnati Symphony Orchestra, auditions were conducted before a committee which, depending on the position, included Music Director Louis Langrée, principal musicians, and musicians from the section in which the vacancy occurred.

“When we conduct auditions to fill vacancies within the Orchestra, we are in search of the right artist to join the community of the Orchestra,” said Langrée. “As our auditions are conducted blind, the appointments of our Diversity Fellows to the Cincinnati Symphony Orchestra indicate that they were the best, and we should all take great pride in the achievement of our Diversity Fellowship program. I look forward to working with Dan, Emilio, and Luis in their new capacities with the Cincinnati Symphony Orchestra.” 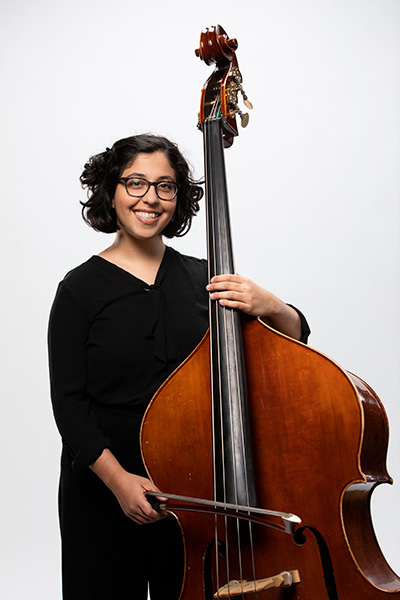 Camellia Aftahi, Bassist and Diversity Fellow from 2018-2020, has been teaching and performing in Southern California since her fellowship. In 2021, Aftahi was a Robert Black Fellow at the Bang on a Can Summer Music Institute, a program at the Massachusetts Museum of Contemporary Art for young composers and performers. She has also been involved with Bass Players for Black Composers, an organization that commissions and publishes new works for double bass by Black composers. 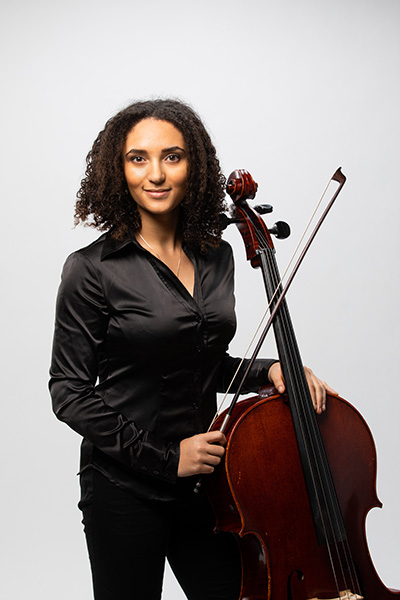 Anita Graef, Cellist and Diversity Fellow from 2017-2019, is a soloist, recitalist, and chamber musician, performing both nationally and internationally. In 2021, Graef was featured in Strings Magazine’s “Sessions” performance series. She has recently been featured on various radio programs, including WQXR’s “Young Artists Showcase,” programs for WFMT, WGTE, WOSU, and WUOL’s New Lens concert series, which featured a cross-cultural collection of solo works for cello written by living female composers. She also serves as the Artistic Director and cellist of the Juliani Ensemble. Festival appearances from the past year include her role as an Artist-in-Residence at pianoSonoma, a festival based in Sonoma, CA, as a Festival Artist at the Lake George Music Festival, and as an Emerging Artist at the Victoria Bach Festival. Graef was named the Gheens Foundation Young Artist in 2022, an award which included a concerto debut with the Louisville Orchestra. 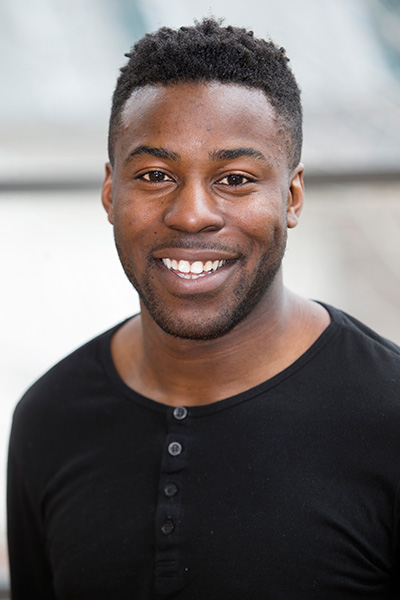 Blake-Anthony Johnson, Cellist and Diversity Fellow from 2016-2017, has pursued a successful career in orchestral administration. Johnson was appointed as the CEO of the Chicago Sinfonietta in May 2020, becoming the first African American executive to guide a nationally-renowned orchestra; he was named President and CEO in April 2022. Johnson’s work focuses on community-centric, multi-disciplinary, and educational initiatives that enable cultural institutions to provide equitable access and public service to all. He is the recipient of the 2022 Chicago Community Trust Daniel Burnham Fellowship and has been recently elected to the Sir Georg Solti Foundation U.S. Board of Directors. Johnson serves on the City of Chicago’s Department of Cultural Affairs & Special Events in various roles and is currently a member of the Steering Committee for the Chicago Musical Pathways Initiative as well as the League of American Orchestras’ EDI Orchestra Management Committee. 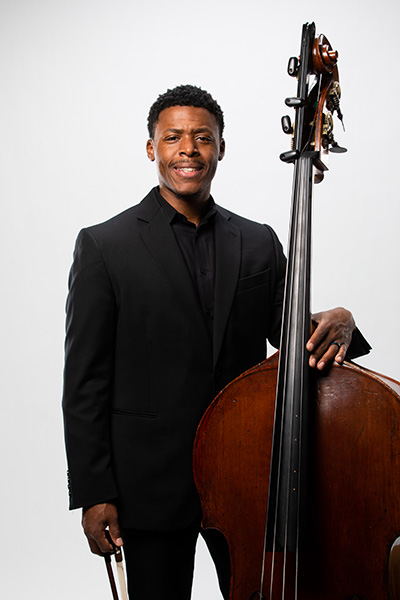 Ian Saunders, Bassist and Diversity Fellow from 2017-2019, moved into administration as the assistant dean of artistic and social change at the Longy School of Music in Cambridge, Massachusetts, and supervised several key social change programs and artistic planning at the institution. In March 2022, Saunders joined the String Training Education Program (STEP) as its new artistic director, using his experiences as an educator, administrator, and musician to oversee the development of young musicians.

“We recognize that professional careers can evolve in many different ways,” said Martin. “We are proud of each and every one of our Diversity Fellows for their musicianship and dedication to accelerating change in the industry, on and off the stage.”

Since 2015, the CSO/CCM Diversity Fellowship Program has accepted exceptional violin, viola, cello, and double bass players coming from historically underrepresented populations in American orchestras who meet the rigorous artistic and academic standards set for CCM admission as well as an additional audition for a panel of CSO musicians. Once selected, Diversity Fellows gain first-hand experiences in a professional orchestra, performing the equivalent of five weeks per season with the CSO while enrolled in a two-year Master of Music (MM) or Artist Diploma (AD) graduate degree program at CCM. Diversity Fellows also participate in private lessons with CSO musicians, mock auditions, career development workshops, professional audition training with travel assistance, and focused mentorship from CSO musicians and the Orchestra’s artistic leadership.

“The CSO/CCM Diversity Fellowship program is unparalleled in the opportunities it creates for collaboration, exploration, transformation, and personal and professional growth,” said CCM Interim Dean Jonathan Kregor. “That our Fellows have found paths in the performance, academic, administrative, and non-profit sectors speaks to this program’s vitality and versatility. CCM is inspired by the work that our Fellows bring to the classroom, the practice room, and the concert stage—and CCM is proud to send these alums out into the world as bastions of change and innovation.”

Each Fellow receives full tuition scholarship support, a $10,000 per year graduate stipend, and a one-time Graduate School Dean’s Excellence Award of $3,000. Each Fellow also receives compensation of $8,000 per season while performing with the CSO.

From the program’s inception, The Mellon Foundation has been the lead funder and partner for the CSO/CCM Diversity Fellowship and has recently renewed its commitment to funding the program through 2026. Beginning with the 2022-2023 season, Scott and Dr. Charla Weiss, CSO Board Member and Chair of CSO Board’s Diversity and Inclusion Committee, will join The Mellon Foundation to support the program in ways that complement the foundation’s grant.

“We are grateful to The Mellon Foundation for its support of the Diversity Fellowship program from the very beginning,” said Martin. “We also recognize the generous support of Dr. Charla and Scott Weiss to ensure that our Diversity Fellows have everything they need to pursue their dreams.”

“It is our honor to support the CSO/CCM Diversity Fellowship program,” said Dr. Charla Weiss. “We have a great passion for music and music’s ability to transform lives, and we can see the transformation through the Diversity Fellowship Program. We are honored to play a part in helping orchestras reflect the people and vibrancy of the communities in which they serve.”

CCM and the CSO will begin accepting applications for the 2023-25 class of Diversity Fellows on September 1, 2022. The application deadline is December 1, 2022. Additional information can be found online at https://ccm.uc.edu/admissions-and-aid/fellowships/cso-ccm-diversity-fellowship.html