“Assistant conductors are an integral part of our organization, and the Cincinnati Symphony Orchestra and Cincinnati Pops offer a unique training ground for emerging conductors,” said Jonathan Martin, President and CEO of the Cincinnati Symphony Orchestra, Cincinnati Pops and May Festival. “From Mozart to the latest Marvel’s Black Panther movie, our Orchestra’s repertoire is vast and diverse in its genre and style, and our assistant conductors are vital to the continuity and quality of our artistic product. In addition, they receive the opportunity to work with and learn from established conductors in Louis Langrée, John Morris Russell and Juanjo Mena.”

Both serving in the Ashley and Barbara Ford Chairs for Assistant Conductor, Lee and Wiley will assist with the Orchestra’s concert preparation and are vital to the success of educational programs and digital initiatives. In addition to other conducting assignments, they will also be responsible for envisioning, rehearsing, and leading Young People’s Concerts and Cincinnati Symphony Youth Orchestra programs. For each CSO, Pops and May Festival program, Lee and Wiley will assist in all rehearsals and performances, providing feedback to CSO Music Director Louis Langrée, Cincinnati Pops Conductor John Morris Russell, and guest conductors, enabling them to fine tune the sound and artistic quality of the ensemble. As understudies, Lee and Wiley must also be prepared to step in at a moment’s notice should another conductor become ill or is otherwise unable to conduct.

“Assistant conductors serve as the communicators and moderators between many of the diverse aspects of an orchestra and the community,” said Samuel Lee. “The CSO is unique because of its versatility. It can perform the classics, popular music, as well as engage with the youth—all at the highest caliber. When I discovered the opportunity to be a part of this Orchestra and work closely with Louis Langrée, I was inspired to apply. I am glad I did, and I look forward to serving the Orchestra and Greater Cincinnati community as one of the assistant conductors next season.” Lee has maintained an active career in Europe and Asia, but this will be Lee’s first time working with a U.S. orchestra.

“I deeply believe that an orchestra’s purpose is to be an indispensable cultural asset and community ambassador. The CSO has developed a large, robust, and diverse platform with which to engage with its community,” said Daniel Wiley. “I am thrilled to join a world class orchestra that is so clearly dedicated to enriching the cultural life of Cincinnati and beyond, through music.”

Both assistant conductor positions are endowed by Ashley and Barbara Ford. 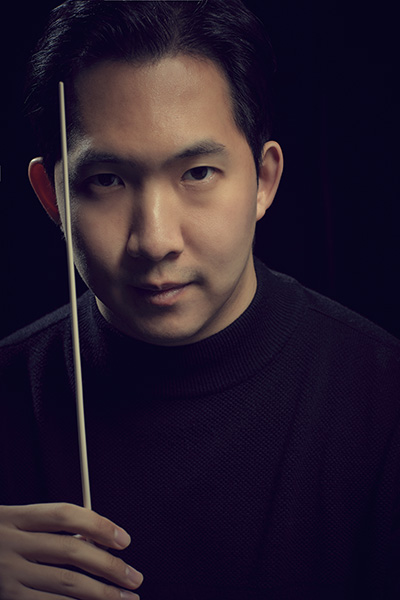 Lee has assisted Cristian Măcelaru in concerts with the WDR Sinfonieorchester in Cologne, Munich and Salzburg, as well as Vladimir Jurowski for his concert with the London Philharmonic Orchestra in Seoul.

As a Conducting Fellow and participant in masterclasses of conductors such as Daniele Gatti, Riccardo Muti, Neeme Järvi, Markus Stenz and Stefan Blunier, he gained deeper insights into the art of conducting.

In 2019 he was invited to conduct the Orchestra Giovanile di Siena as part of an audition for the Chigiana International Music Festival in Siena, overseen by Daniele Gatti; for this performance, he led Stravinsky’s The Firebird Suite, Bartók’s Concerto for Orchestra, and Ravel’s Ma mère l’Oye. He was also invited to the Riccardo Muti Italian Opera Academy in Tokyo Vol. 1, organized by the Tokyo Spring Festival, where he conducted Verdi’s Rigoletto.

Since 2016 Samuel Lee has been the chief conductor of the C.P.E. Bach Musikgymnasium Orchestra Berlin. He and the orchestra have been regularly invited to the Berlin Philharmonie and Konzerthaus Berlin for subscription concerts. He also served as a viola professor at Hochschule für Musik und Theater “Felix Mendelssohn-Bartholdy” in Leipzig, Germany until 2022.

From 2009 until 2017, Lee was the violist of Novus String Quartet, which performed and was invited to renowned venues such as Berlin Philharmonie, Carnegie Hall, Vienna Musikverein, Cologne Philharmonie and Suntory Hall. He also was the second prize winner of the 61st International Music Competition of ARD Munich and first prize winner of the Salzburg International Mozart Competition. 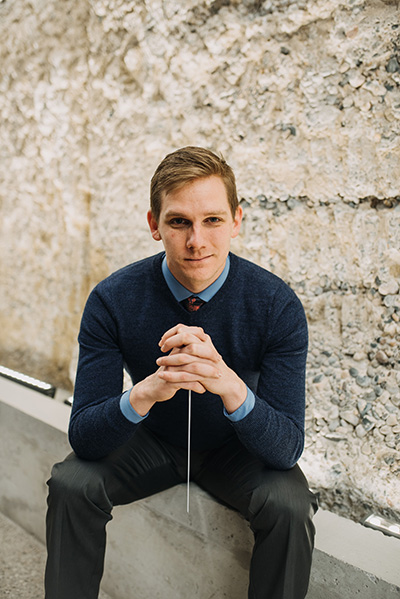 During the pandemic, Wiley was instrumental in expanding the Windsor Symphony’s educational footprint by creating a digital education concert series that includes 12 hours of interactive music curriculum for schools. Lauded as “an exemplar of impassioned and outstanding pedagogy” (Dr. Ken Montgomery, Dean of the Faculty of Education, University of Windsor) and recognized in the Ontario Provincial Parliament as an example of how an orchestra can change lives through music even during a time of unprecedented uncertainty, this program to date has served more than 123,000 students across the United States and Canada.

In 2019 Wiley was the second prize recipient of both the Smoky Mountain International Conducting Institute and Competition and the Los Angeles International Conducting Competition. Wiley has also spent time conducting new music ensembles, including for the Musicbed Music and Film Corporation based in Fort Worth, Texas, as well as participating in the Composing in the Wilderness program as part of the Fairbanks Summer Arts Festival in Fairbanks, Alaska. With this program, Wiley has conducted numerous premieres in Denali National Park.

As a former public-school music teacher, Wiley has a unique passion for music education, and he frequently donates his time as a guest clinician to support students and teachers in music programs across North America.