Dianne M. Rosenberg Appointed New Board Chair of the Orchestra’s Board of Directors

CINCINNATI, OH (August 24, 2022)—The Cincinnati Symphony Orchestra (CSO) has appointed Dianne M. Rosenberg as the Orchestra’s new Board Chair. Led by Rosenberg, the Board has also appointed 15 members to the Executive Committee, forming one of the most diverse slate of committee members in the Orchestra’s history. The Executive Committee will provide ongoing institutional guidance for the President & CEO and full Board as the CSO continues to realize its 10-year strategic plan in the aftermath of the pandemic.

“We welcome Dianne as our new Board Chair,” said President & CEO of the CSO Jonathan Martin. “Dianne is an avid supporter, champion, and long-time friend of the Orchestra, and she will help shape the future of the CSO in our community, drawing from her experiences chairing boards of many local institutions, fundraising, and guiding institutional strategy.”

Martin continued, “Additionally, Dianne will be leading one of the most diverse Board of Directors that the Orchestra has ever seen, and with the guidance of our Board, the CSO will continue to make progress towards reflecting our community and the world around us at every level—on stage, behind the scenes, and in neighborhoods throughout the region. We look forward to Dianne’s leadership in this new capacity.”

The 15 members of the CSO’s Executive Committee include people with expertise and experiences from a wide variety of industries and from a diverse cross-section of identities and ages groups. They include: Trish Bryan, former member of the League of American Orchestras’ Board of Directors; Melanie Chavez, Partner at Chavez Properties; Tim Giglio, Vice President of Financial Advisory at UBS Financial; Melanie Healey, a retired Procter & Gamble and Johnson & Johnson executive; Francie Hiltz, Past Chair of the CSO Board of Directors; John Lanni, Co-Founder of Thunderdome; Rob McDonald, Partner at Taft Law and Immediate Past Chair of the CSO Board of Directors; Gerron McKnight, Senior Counsel for Employment for The E.W. Scripps Company; Sue McPartlin, a retired PricewaterhouseCoopers assurance partner; Anne Mulder, a retired Macy’s Inc. executive; Rick Reynolds, a retired portfolio manager from Bartlett & Company; Jack Rouse, an adjunct professor at Columbia University in the Graduate School of the Arts in New York; Usha Vance, a litigation associate with Munger, Tolles & Olson; Duck Wadsworth, former professor of English literature at Miami University in Ohio; and Charla Weiss, Director for the Office of Diversity and Inclusion at Cincinnati Children’s Hospital Medical Center.

"I am deeply honored to become the Board Chair for the CSO, and I look forward to working with the dedicated leaders on the Executive Committee,” said CSO Board Chair Dianne Rosenberg. “Rob McDonald has done a tremendous job guiding the CSO through the unprecedented challenges of the pandemic, and through his leadership, the CSO has emerged as a stronger community-driven organization. We all owe Rob our gratitude for his commitment to excellence. The CSO is poised for great success in the coming years, and I am truly grateful for the opportunity to serve such an impactful and vital organization." 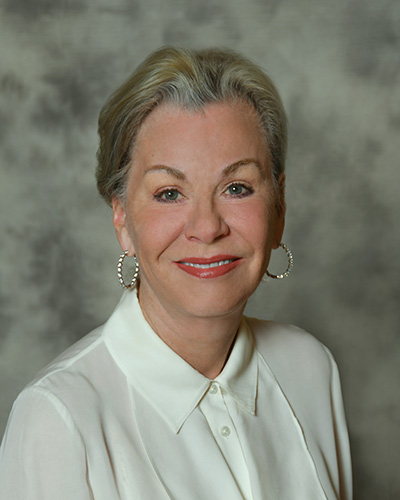 CSO Board Chair Dianne M. Rosenberg is a Cincinnati native who has served as the Board Chair of many local institutions, including The Greater Cincinnati Foundation, The Cincinnati Park Board, University of Cincinnati’s CCM Friends Board, and the Family Independence Initiative Advisory Board. She is also a Past President of the Isaac M. Wise Temple. In addition, she has served on the boards of the Cincinnati Symphony Orchestra, 4C for Children and the Cincinnati Preschool Promise Taskforce, among many others. Professionally, Dianne has a master’s degree in special education with a focus on educational diagnostic services. She has taught at the University of Cincinnati and has worked as the associate director A.D.D.P. Division of Adolescent Medicine at Children’s Hospital Medical Center. She has also led her own private practice as an educational diagnostic specialist and school consultant at Hollister Center and Learning Communications Center. Previously, Dianne has been recognized for her philanthropic achievements as Cincinnati Business Courier’s 2017 Outstanding Director of the Year, the Association of Fundraising Professionals 2015 Volunteer of the Year, and the Jewish Federation of Cincinnati’s 2006 Robert V. Goldstein Volunteer of the Year. She was also selected as one of the 1999 Cincinnati Enquirer Women of the Year.