CINCINNATI, OH (August 31, 2022)—The Cincinnati Symphony Orchestra (CSO) will welcome 10 new musicians to the Orchestra for the 2022-23 season. Following extensive, national auditions, the following have won positions with the Orchestra:

“Being part of choosing the next musicians for the CSO is equally humbling and inspiring,” says Music Director Louis Langrée. “Playing in this Orchestra attracts musicians of the highest caliber from around the globe, which makes choosing the right musician very ​challenging. We are thrilled to welcome ten new artists to the Orchestra, each of who​m will add their talent to the CSO and the Cincinnati community.”

“Each of these musicians won highly competitive auditions, joining the ranks of the exceptional players who make up the CSO,” said President and CEO of the CSO Jonathan Martin. “As we emerge from the onset of the pandemic which halted our auditions for more than a year, this is one strong indicator signaling our return to pre-pandemic level of activity.” 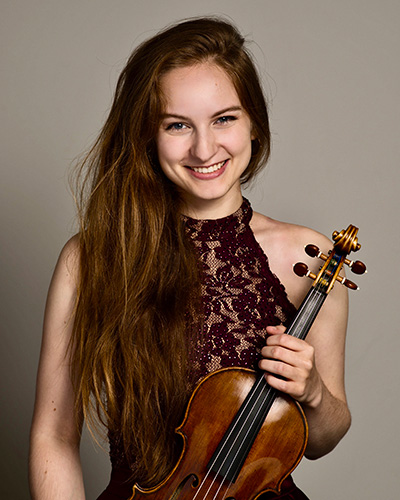 Violinist Felicity James joins the Cincinnati Symphony Orchestra as Associate Concertmaster starting in the 2022-23 season, having previously served as Associate Concertmaster of the Minnesota Orchestra since 2018. Ms. James has also served as concertmaster of the Verbier Festival Orchestra, the Colburn Orchestra, and the Aspen Philharmonic Orchestra, and has played as a guest musician with The Cleveland Orchestra, the Seattle Symphony, and the Los Angeles Chamber Orchestra. Ms. James earned her Bachelor of Music degree from the Colburn Conservatory of Music, where she studied with Robert Lipsett and worked closely with Arnold Steinhardt and Clive Greensmith. 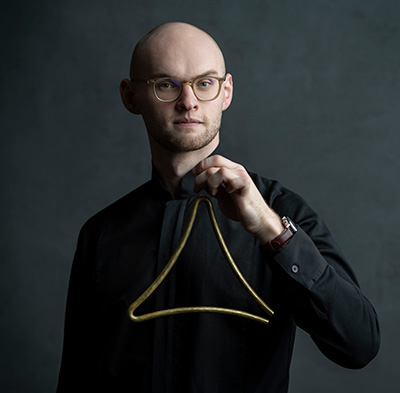 A “tour de force” performer (Seen and Heard International), percussionist Joseph Bricker joins the Cincinnati Symphony Orchestra as Associate Principal Timpani/Percussion at the start of the 2022-23 season. Prior to joining the CSO, Bricker was the percussion fellow with the Civic Orchestra of Chicago from 2019-2022. In addition to the Cincinnati and Civic orchestras, he has performed with the orchestras of Chicago, Philadelphia, Washington D.C. (National), Dallas, Houston, and Miami (New World), the Metropolitan Opera, the Berlin Philharmonic Wind Quintet and several others. In the summers, he has held fellowships with the Verbier, Tanglewood, Pacific (Japan), and Aspen Music Festivals. He received his Master of Music from DePaul University, studying with Cynthia Yeh and his Bachelor of Music from the Juilliard School, studying with Greg Zuber. 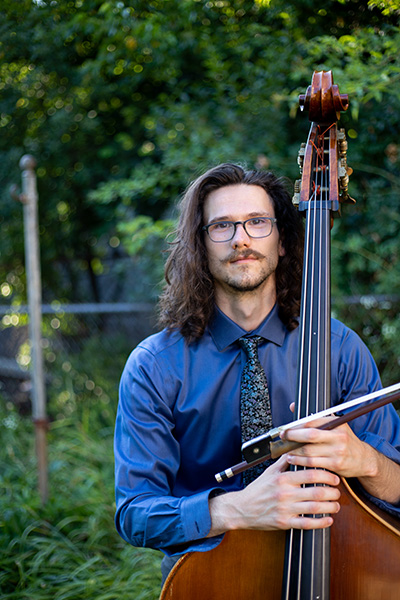 Myrtle Beach native Stephen Jones joins the Cincinnati Symphony Orchestra as Assistant Principal Bass in the 2022-23 season. He began playing the double bass at the age of thirteen and later received his undergraduate degree from the Eastman School of Music, where he studied with James VanDemark followed by additional studies at Bard College with Leigh Mesh. During his time at Bard he received additional coaching from Daniel Phillips of the Orion Quartet, Tara Hellen O'Connor, Lera Auerbach and Dawn Upshaw. He has recently completed his master’s degree at the University of Cincinnati College-Conservatory of Music where he studied with Owen Lee. He also studied with Owen Lee and Curtis Burris at Chautauqua during the summers of 2017 and 2018. When not playing the bass, Stephen enjoys being outside riding his bike, climbing, cooking, and reading. 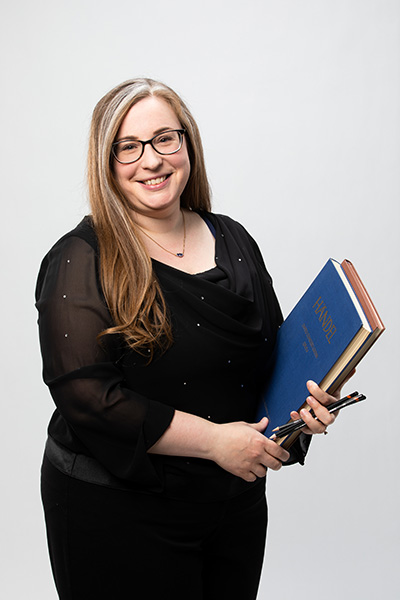 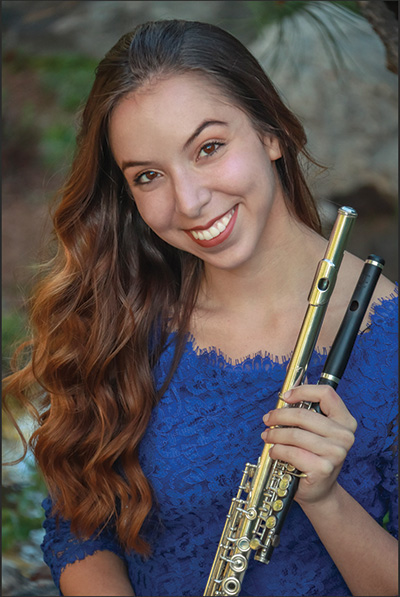 Rebecca Tutunick is the newly appointed piccolo/utility flute player with Cincinnati Symphony Orchestra. Previously, she was a fellow with The Orchestra Now, retained a substitute membership (finalist) for The New World Symphony and held an Associate membership with The Civic Orchestra of Chicago. Rebecca has received significant recognition on flute and piccolo and has participated in distinguished summer festivals that include Aspen Music Festival, Sarasota Music Festival, Chautauqua Summer Festival Orchestra and Miami Music Festival. She is a prize winner of the 2020 National Flute Association Piccolo Artist Competition and the 2021 Walfrid Kujala International Piccolo Competition. She is the 2020 Indiana University Woodwind Concerto Competition Winner, a two-time National YoungArts Winner, the 2015 Sunrise Pops Concerto Competition winner, a Consummate Flutist performer and a two-time New World Symphony Young Artist Concerto Competition finalist with Honorable Mention. Rebecca earned her Master of Music degree in Flute Performance at Indiana University Jacobs School of Music and earned her Bachelor of Music degree in Flute Performance from the University of Miami, Frost School of Music. 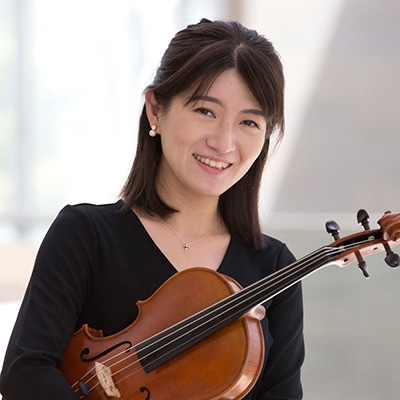 Dan Wang joins the Cincinnati Symphony Orchestra viola section in the 2022-23 season. Previously, Wang was a member of the Dallas Symphony during the 2019-2022 season, Debra & Steve Leven Chair. Prior to joining the DSO, Dan Wang was a member of the Cincinnati Chamber Orchestra and a fellow with the Cincinnati Symphony Orchestra and the Chautauqua Symphony Orchestra. Dan is originally from Shenyang, China. After graduating from The Hong Kong Academy for Performing Arts, she traveled to the U.S. to pursue a master’s degree in violin and an artist diploma in viola from the University of Cincinnati College-Conservatory of Music. Her former teachers include Christian Colberg, Jan Grüning, John Geisel, Kurt Sassmannshaus and Michael Ma.

Gabriel Napoli joins the Cincinnati Symphony Orchestra viola section in the 2022-23 season. Previously, Napoli spent three seasons as a Fellow in the New World Symphony under the baton of Michael Tilson Thomas. A native of Cleveland Ohio, Gabe started violin lessons at age 4. Mr. Napoli earned his bachelor’s degree in Violin Performance from Northwestern University and his master’s degree in Viola Performance from the Cleveland Institute of Music. His primary teachers include Almita Vamos, Robert Hanford, Robert Vernon, Mark Jackobs and Stephen Sims. Gabe is also grateful for the tutelage of numerous conductors and orchestral musicians from around the world during his time at the New World Symphony, including Michael Klotz of the Amernet String Quartet. 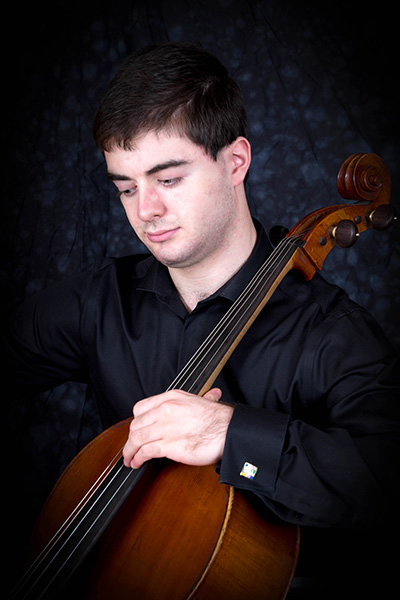 Daniel Kaler joins the Cincinnati Symphony Orchestra cello section in the 2022-23 season. Praised by critics and listeners alike for his “warm and luminous tone” (Chicago Music Report), Kaler began his initial studies with Gilda Barston and Donna Davis. He continued his studies with Hans Jørgen Jensen of the Northwestern University’s Bienen School of Music and Stephen Balderston of the DePaul University School of Music. Kaler received his Bachelor of Music in Cello Performance from the Cleveland Institute of Music and Master of Music in Cello Performance from Rice University’s Shepherd School of Music, having studied with Mark Kosower and Brinton Smith, respectively. 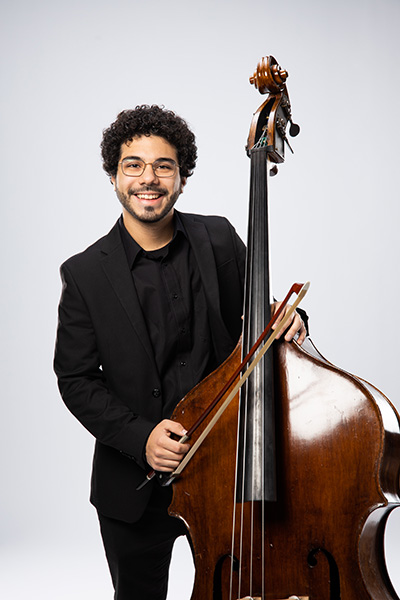 Luis Arturo Celis Avila joins the Cincinnati Symphony Orchestra bass section in the 2022-23 season. Hailing from Maracaibo, Venezuela, Luis Arturo Celis Avila studied at Berklee College of Music with Susan Hagen and then joined the Cincinnati Symphony Orchestra/University of Cincinnati College-Conservatory of Music Diversity Fellowship Program and studied with Owen Lee. Celis has participated in various festivals such as the Tanglewood Music Center (TMC), Spoleto Music Festival USA, Curtis Institute Summerfest, the Round Top Festival Institute and the Bach Institute. Before coming to the U.S., Celis studied with Elvis Martinez and Maciej Zlotkoswki at the Jose Luis Paz Conservatory in Maracaibo. As a versatile musician, Celis was part of the Berklee Global Jazz Institute for a year and also collaborated with contemporary artists like Jacob Collier, Aida Cuevas and Miguel Siso. As a TMC fellow, he had the opportunity to work with conductors such as Andris Nelsons, Thomas Adès, JoAnn Falleta, and John Williams. 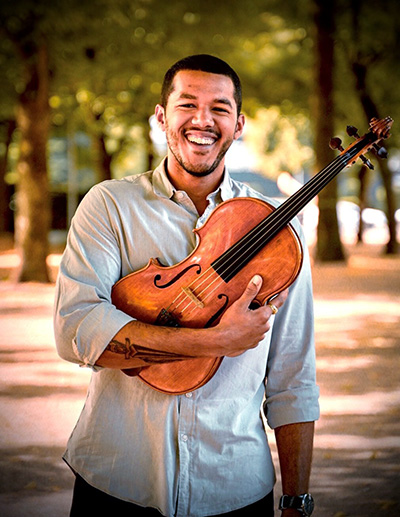 Emilio Carlo joins the Cincinnati Symphony Orchestra viola section for the 2022-23 season. A proud native of the boogie down Bronx, NYC (BORICUA) and PG county, Maryland, his early musical studies began in his grandfather’s record shop on University Ave in the Bronx. Emilio began his studies on the viola in PG county, Maryland and attended Suitland High School, a performing arts magnet school which gave him the space to discover his passion for the instrument. During this time, he also participated in the National Symphony Orchestra’s Youth Fellowship Program, which granted young, gifted musicians the opportunity to study with musicians in the NSO and play alongside the orchestra in rehearsal. Upon graduating, he attended CCM for his undergraduate and graduate studies, Emilio was also part of the inaugural class of the CSO/CCM Diversity Fellowship program. He has also held positions with the New World Symphony in Miami Beach and the Nashville Symphony.

Korean American cellist, Isabel Kwon, joins the Cincinnati Symphony Orchestra cello section for the 2022-23 season. Originally from Okemos, Michigan, Kwon is an avid interactive and collaborative spirit and co-found Bloomington Connect at Indiana University, a prize-winning project which directly engaged two-dozen music students to the community, and was producer of a high budget concert, Buenos Aires Tango, for the New World Symphony (NWS). Outside of the classical genre, she has tango-ed on the cello, touring the Midwest with Bloomington band Tamango, performed internationally in Japan and collaborated with Grammy-award winning bandoneon player Hector del Curto. She is currently a doctoral candidate at Indiana University and was teaching assistant for Eric Kim up until her appointment to NWS. Her most recent appearances include Sitka Music Festival as artist-in-residence, Stowe Tango Music Festival, a tour with Ballet Hispanico for Dona Peron, and subbing with San Diego Symphony. Ms. Kwon graduated with a Bachelor of Music from the University of Michigan with Richard Aaron, and a Master of Music at The Juilliard School with Timothy Eddy.