Skip to Main Content
About / Report to the Community / Artistic Partnerships

The Cincinnati Symphony Orchestra elevates the community’s vibrant arts scene through collaborations with partner organizations. The CSO is the official orchestra of Cincinnati Ballet, Cincinnati Opera and the May Festival.

Highlights during the 2018-19 season included the U.S. premiere of Mark Simpson’s “blazingly original” oratorio, The Immortal, led by Juanjo Mena and featuring Roomful of Teeth and baritone Rod Gilfry. 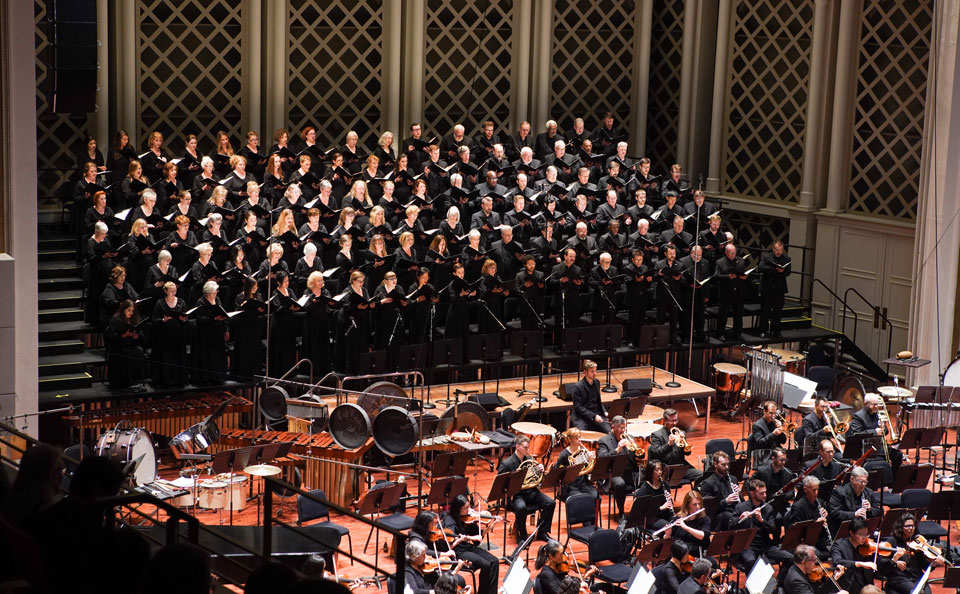 The May Festival also welcomed celebrated composer James MacMillan, who led a performance of his own Seven Last Words on the Cross. According to Janelle Gelfand writing for The Cincinnati Business Courier, “The orchestra and singers performed with mesmerizing beauty.”

The Orchestra performed in four programs during the 2019 May Festival.

Pops Conductor John Morris Russell was on the podium for the world premiere performances of Cincinnati Opera’s Blind Injustice. True tales of people wrongfully convicted and incarcerated garnered national attention. According to Heidi Waleson writing for The Wall Street Journal, “Conductor John Morris Russell segued easily among musical genres (which also included rap and gospel) as did the small orchestra, centered on a propulsive jazz combo of drum kit, percussion, bass and piano but capable of lyricism and sweep.”

In addition to large-scale choral works with the May Festival and productions both big and small over the summer with Cincinnati Opera, the CSO also performed in the pit for Cincinnati Ballet including the annual performances of Tchaikovsky’s The Nutcracker at Music Hall.

Music and Event Management Inc. or MEMI for short, was incorporated in 2001 and is a wholly owned subsidiary of the Cincinnati Symphony Orchestra. As the leading promoter of live entertainment in Southwest Ohio, MEMI is the result of a unique combination of experienced professionals responsible for the creation, booking, producing, and marketing of first-class, live entertainment experiences and events.

Plans are underway for a new MEMI-run concert venue at The Banks in Cincinnati.