The Cincinnati Symphony was founded by Helen Heron Taft nearly 125 years ago. The future First Lady of the United States led efforts to get the CSO started and then nurtured this organization as it matured and grew. I am humbled to have followed in her remarkable footsteps, as well as the footsteps of many stewards spanning generations. 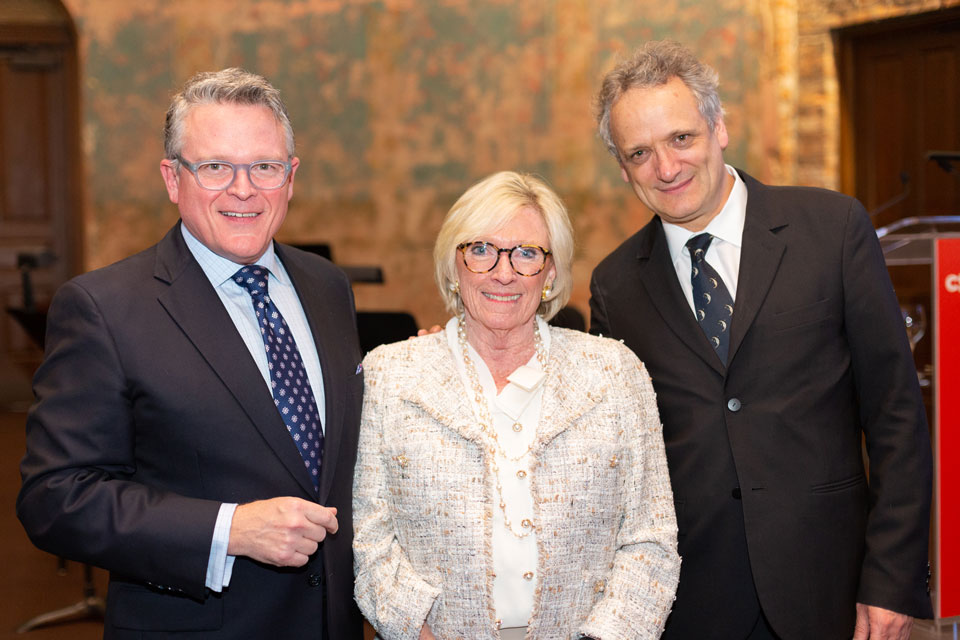 My tenure came at an unusual time in the life of this organization. When I became Board Chair in 2016, Music Had was shut down for a major renovation project. The CSO staff was displaced, mostly working at the Carew Tower in Downtown Cincinnati and the Orchestra’s 2016-17 season was starting in a temporary home, the Taft Theatre. Two international tours were coming and within two months of my tenure beginning, CSO President Trey Devey announced he would be leaving the following spring.

We have faced both the challenges and opportunities with creativity, passion, perseverance and a deep level of commitment. Just look at what we’ve achieved these past three years:

The CSO is poised for continued growth and success thanks to extraordinary leadership from our Board, Jonathan and the Senior Management Team, Music Director Louis Langrée and Pops Conductor John Morris Russell, and I have every confidence that with your continued support, the CSO will realize its recently articulated vision to be the most relevant orchestra in America.

On behalf of the musicians, staff and my fellow Board members, I want to thank our many donors and sponsors, and especially the Louise Dieterle Nippert Musical Arts Fund of the Greenacres Foundation, the Ohio Arts Council, the National Endowment for the Arts, and many of you who support the Orchestra and Cincinnati’s vibrant arts scene through the ArtsWave Community Campaign.

As my three-year term as Board Chair finished in August, I am excited about what comes next for the CSO under the leadership of newly appointed Board Chair Rob McDonald. I have had the pleasure to work closely with Rob and know he is a talented, thoughtful leader in our community who possesses a passion for music. It is an honor to “hand him the keys” to this venerable and beloved organization.

Thank you for the support you’ve shown me as Board Chair these past three years. I look forward to seeing many of you throughout the CSO’s 125th anniversary season!