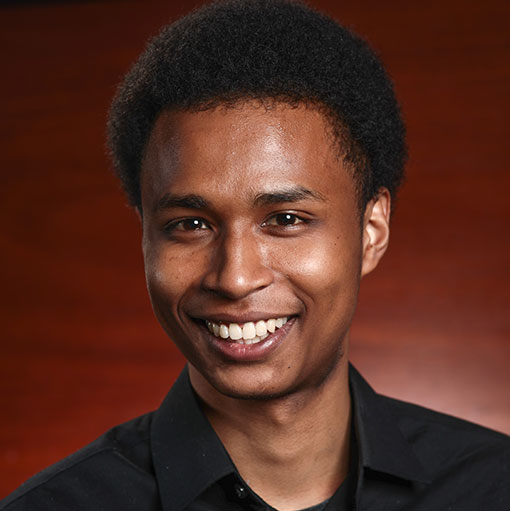 Mwakudua waNgure grew up in Fort Myers, Florida, where he started violin at the age of four through the Suzuki method. He continued to study violin throughout his childhood and graduated from high school at the Interlochen Arts Academy. Mwakudua attended the Oberlin Conservatory where he earned his BM in Violin Performance and studied with David Bowlin. Mwakudua went on to earn his MM in violin performance at the University of Michigan where he studied under Aaron Berofsky and Kathryn Votapek. Currently Mwakudua studies with Timothy Lees at the University of Cincinnati College-Conservatory of Music where he is a diversity fellow and working on an Artist Diploma.

You can enjoy Mwakudua perfoming on the Music Hall stage at the following concerts: