Skip to Main Content
About / The Orchestra / Max Oppeltz 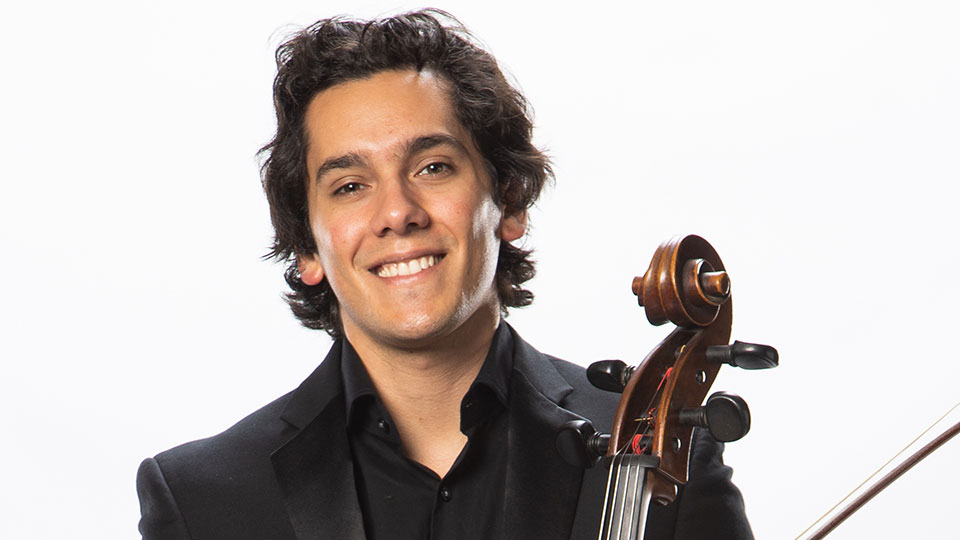 Max Oppeltz started playing the cello at the age of four as a student of El Sistema in Caracas, Venezuela. As a part of the world-renowned music program, Oppeltz played in the Simón Bolívar Youth Orchestra, the Chacao Youth Symphony Orchestra and the Caracas Municipal Orchestra. He studied with Cesar Noguera, Marek Gajzler and German Marcano. He also participated in numerous master classes with cellists such as Natalia Gutman and Phillip Muller.

In 2014, Oppeltz moved to the U.S. to study at the Juilliard School with Professor Richard Aaron. As an undergraduate student, Oppeltz participated in several lessons and master classes with cellist Franz Helmerson and studied chamber music with musicians such as Roger Tapping, Sam Rhoades, Sylvia Rosenberg and Jerome Lowenthal. In 2016, Oppeltz was fortunate to attend the Music Academy of the West, the highlights of which were taking lessons with Lynn Harrel and performing alongside faculty Warren Jones and Kathleen Winkler.

Oppeltz is extremely grateful to be playing on a 1880 French cello from the Caussin School, generously loaned by the Virtu Foundation.

You can enjoy Max perfoming on the Music Hall stage at the following concerts: