With the conclusion of the 2021–22 season, the Cincinnati Symphony and Pops Orchestra congratulates three musicians on their retirements. Violist Paul Frankenfeld, cellist Susan Marshall Petersen, bassist Matt Zory and violinist Lois Reid Johnson served the Orchestra for a combined 164 years. Each of them accompanied the Orchestra on several tours, recorded dozens of albums, and performed countless concerts in Music Hall. More importantly, each of these musicians brought thoughtful musicianship and unparalleled talent, helping to raise the caliber of the Orchestra with each performance. As they end their careers with the Orchestra in pursuit of the next chapter, they all share deep pride in their accomplishments and gratitude for their colleagues and supporters along the way. 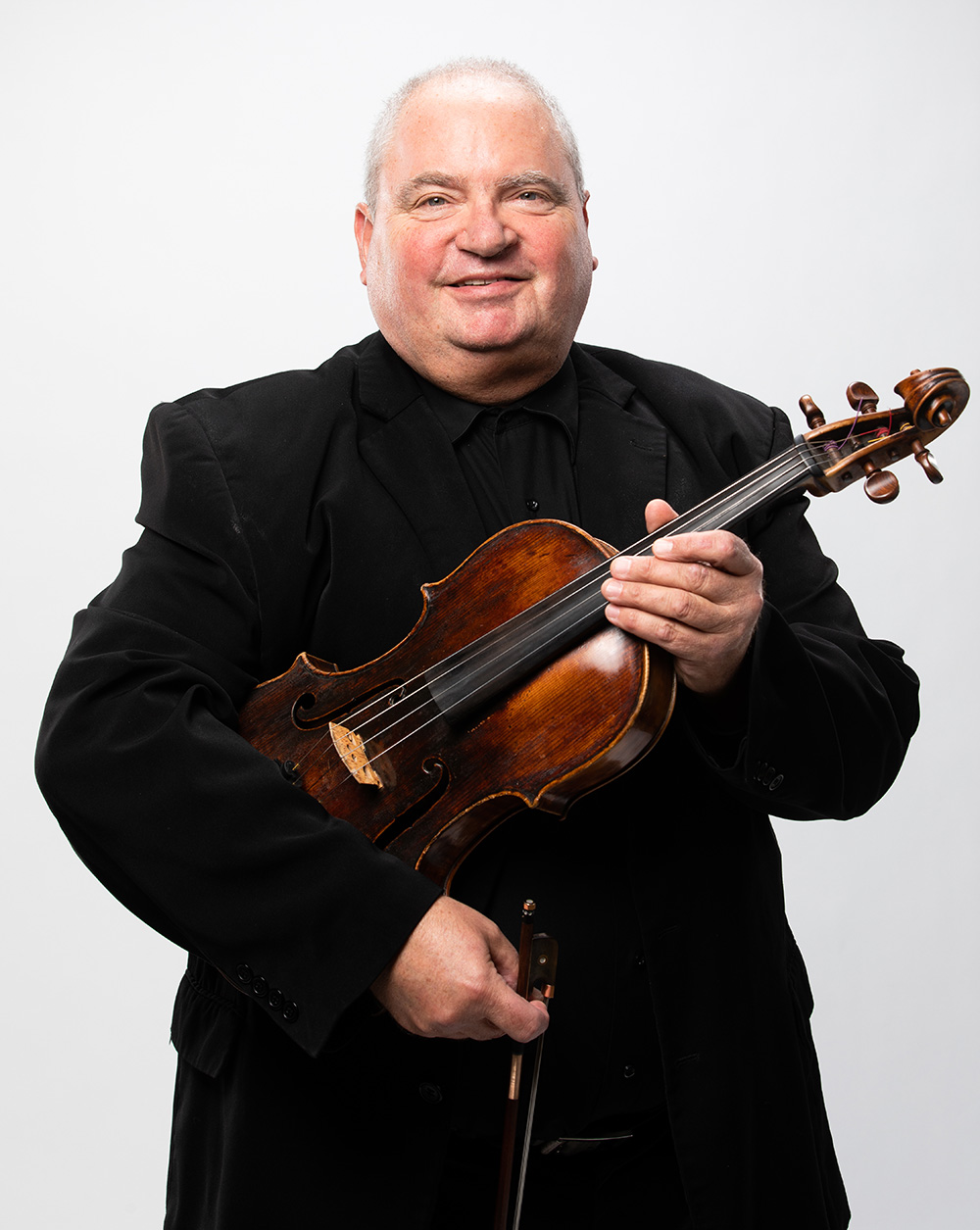 Paul Frankenfeld first heard the CSO perform at the age of 15. “There was a lunatic on the podium conducting the fastest Beethoven’s Fifth I’ve ever heard,” said Paul, revealing that said “lunatic” was actually Erich Kunzel. Just nine years later, he would be a full-time member of the Orchestra, despite a nearly disastrous audition. (The airline sent his viola to the wrong destination, so Paul played the audition on a borrowed viola.)
Paul describes the next 43.5 years as a “charmed existence.” His legendary “steel-trap” mind recalls nearly every detail of his career. He enjoyed performing under each of the four Music Directors of his tenure, with each bringing his own strengths to the benefit of the Orchestra.

In addition to his musical obligations, Paul served as President of the Cincinnati Musicians’ Association, beginning in 2010. “Playing has to be a reflection of all the other things in your life. I give great thanks to [the CSO’s leadership over the years]. We haven’t always sung ‘Kumbaya,’ but we’ve learned there’s nothing that isn’t insurmountable.”

Paul will continue his position with the union in retirement, meaning he will still be a regular figure at Music Hall. He looks forward to the freedom of learning and practicing whatever music he feels like playing. “I am really looking forward to being the consumer of music instead of the producer of it. I still get that thrill from live music.”
If Paul has one takeaway from his time with the CSO, it’s pride and awe for the history and the tradition of the Orchestra. “I really believe in this institution, and I think it is going to be revered for decades to come.” 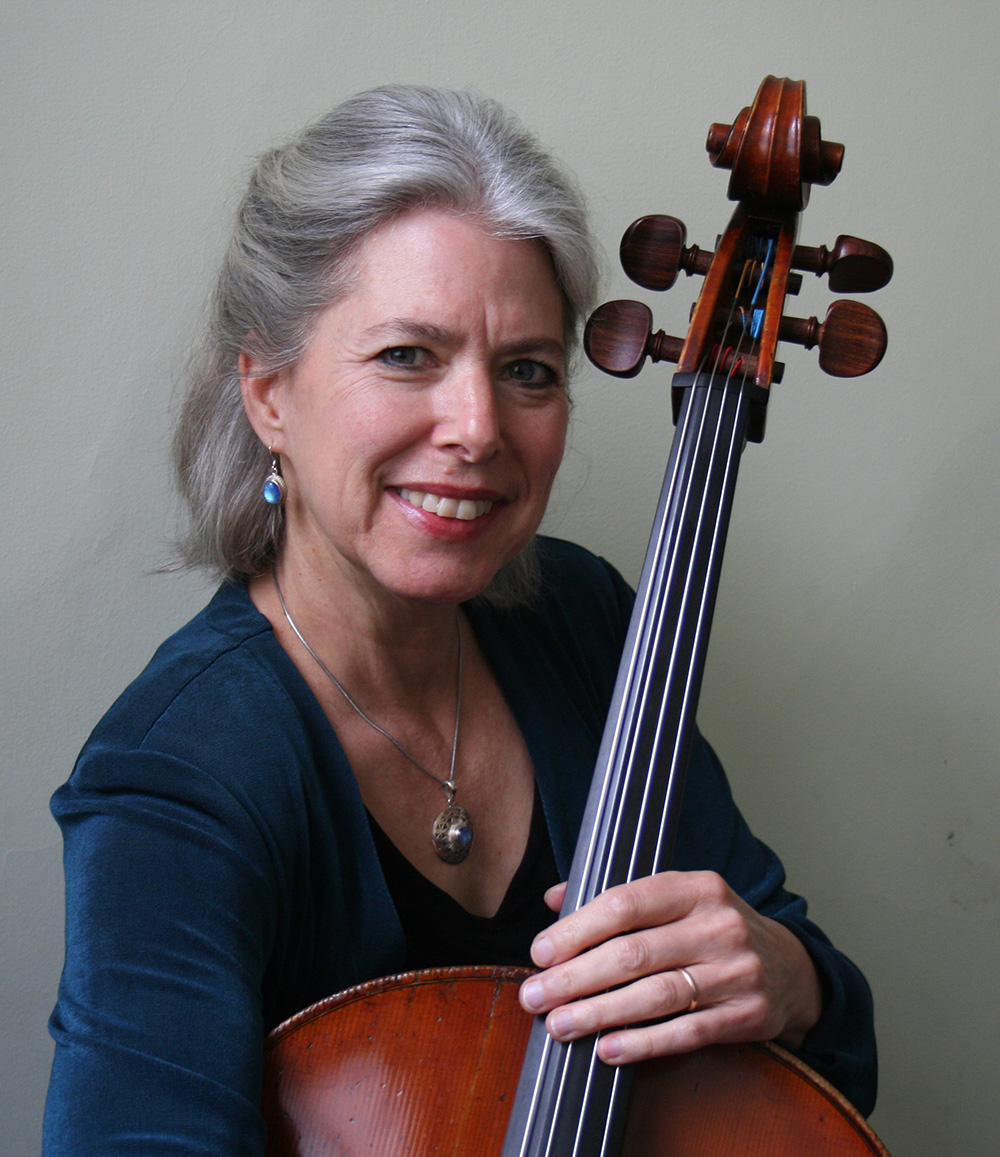 Susan Marshall Petersen first joined the Orchestra in the 1977–78 season. Some of the highlights from her 44-year tenure in which she takes tremendous pride include the Orchestra’s prolific output of recordings, playing in some of the world’s greatest halls on tours, and soloing with the CSO in 1992 under Jesús López Cobos.

She recalls one special moment during the CSO’s performance of Mahler’s Third Symphony with legendary conductor Rafael Frühbeck de Burgos. “He was sitting in a chair the whole time [due to his health], and reaching the end of the piece, he arose out of his chair to finish conducting. It was absolutely breathtaking, and I’ll never forget it.”
In addition to her work with the CSO and Pops, Susan has offered the Kol Nidre on Yom Kippur at Plum Street Temple for 36 years, and she has performed in the Chamber Players series since its inception in 1979. She played in the Arion Consort in residence at the Cincinnati Art Museum for several years. In 2013 she recorded an album, Swan Song, with her son.

Susan plans to travel with her husband across the country visiting U.S. national parks. She also hopes to give back to the community with grassroots volunteer work and spend time with her family.

“It has been an amazing opportunity to be a part of something larger than myself. The greatest memories I will take away are collaborating with outstanding artists, conductors and colleagues, and performing some of the greatest music ever written. I would like to believe I have participated in a collective endeavor which has made a difference in people’s lives around the world. It has been a privilege to be a part of this organization.” 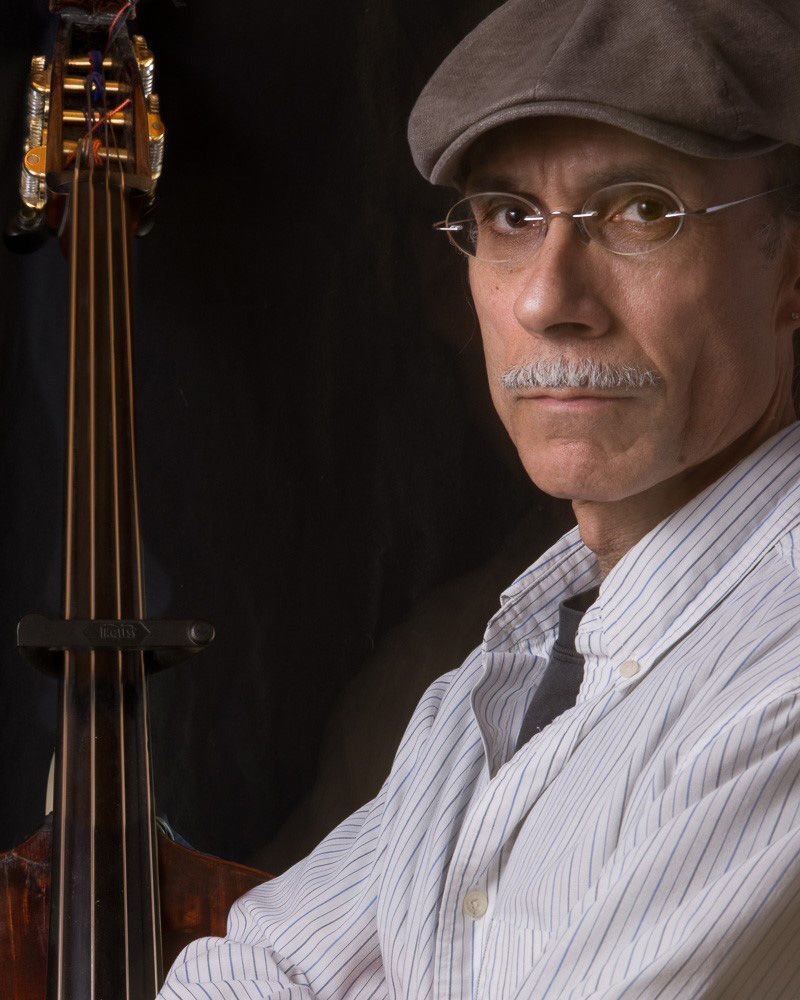 Since joining the CSO and Pops during the 1993–94 season, Matt Zory looks back at some of the highlights, which include fond memories performing certain repertoire with Jesús López Cobos. “There are very few conductors who could really tell the story of a Bruckner or Mahler symphony and create that long arc and make you feel like you’ve been on a journey,” said Matt.

Matt’s career was given a boost when Pops Founder Erich Kunzel asked him to play electric bass. Since then, audiences have heard Matt rocking out with his colleagues in the Pops rhythm section. “For him to give me that chance added so much quality to my job and quality of life.”

When reflecting on what aspects of his career he will miss, Matt considers the “spiritual connection” made with a stand partner when things are going well during a performance. “There’s an intimacy—they’ve heard every mistake you’ve made, every wart, and all the positive things, too.”

Matt’s retirement can be better thought of as a career change. He began moonlighting as a photographer in 2011, and many CSO fans will recall his work documenting the renovation of Music Hall that was published as a book in 2017. He has several photography gigs already lined up, including two solo shows. He also plans to travel to Europe and New York City with his wife, Shelly. “The rest is TBD. A few years ago when I started thinking about retirement it seemed like an abyss. Now I have a sense of promise and curiosity that has replaced the scary,” he said. 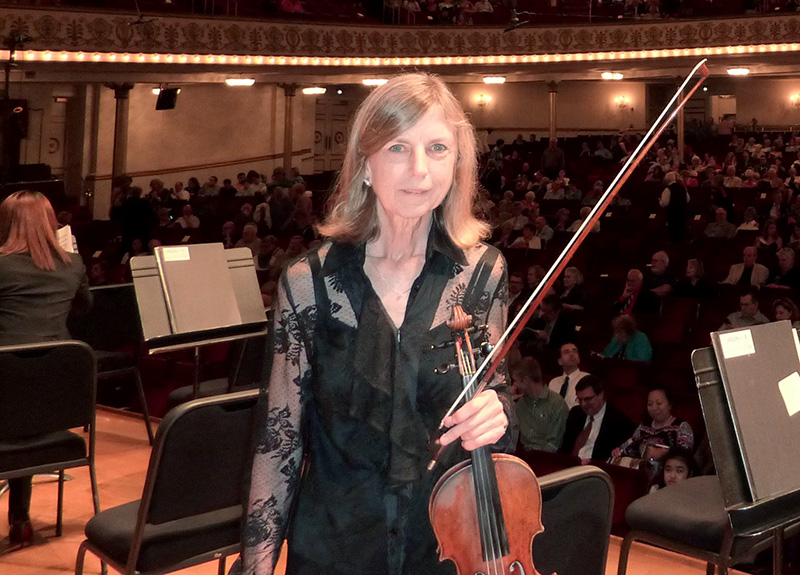 Lois joined the CSO in 1975 and will retire this season after 47 years of service.