This weekend’s guest pianist Inon Barnatan recently shared his insights on the Beethoven Akademie and the music he will perform this weekend—Beethoven’s Fourth Piano Concerto, Choral Fantasy, and an improvised fantasia:

Have you ever been part of a “Beethoven Akademie” performance? What was your reaction when you first heard about it?

I have never done the Akademie project before, though I’ve always wanted to! I have been fascinated by that concert, both historically and musically. This epic journey, the story of struggle and defiance…what could be more Beethovenian? It somehow both accentuates the epic genius of Beethoven and also humanizes him. I think it helps both the performer and the audience to think of these familiar pieces as living, breathing pieces of contemporary art, and to imagine them being heard for the first time. 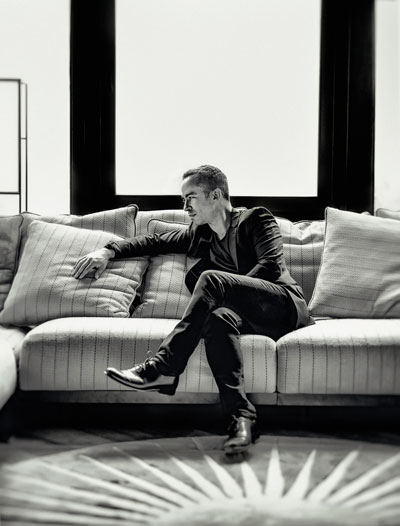 You recently recorded all of Beethoven’s piano concertos with Alan Gilbert. With all five concerti being so individual and different, how does that project inform your perspective on Beethoven’s Fourth Piano Concerto, in particular?

In some ways, recording a piece of music is the most intense relationship you can have with it. You come face to face with every tiny detail of the piece and the minutiae of your own playing and choices. It’s immersive, exhaustive and exhausting, and connects you to that piece in a very unique way. That immersion becomes even more intense when it’s not just one work, but a body of work. You have to work out every detail at the same time as you are putting it in context, taking a micro and macro view of each piece and how it relates to its siblings.

After recording the concertos and the Choral Fantasy, the Fourth Concerto emerges as perhaps the most personal piece of the set. The concertos are largely public pieces, pieces he was not only composing but using to showcase himself as a pianist. The Fourth Concerto, as well as the Violin Concerto (which I recorded in Beethoven’s own version for piano and orchestra), are examples of Beethoven using the concerto form to say something more private, more lyrical, and less obviously virtuosic.

Beethoven’s Fourth Piano Concerto premiered between his sixth and fifth symphonies on the same concert. Where do you see the Fourth Piano Concerto within the context of that original 1808 performance? How will sharing the stage with two enormous and groundbreaking works inform your interpretation?

I recently performed the Fourth Concerto in Tanglewood, and it was followed by the Sixth Symphony. It struck me then, especially in the idyllic natural surroundings, how many qualities those two works share. This is even more apparent when contrasted with the C minor works that preceded them. In the context of the 1808 concert, I feel that the Fourth Piano Concerto acts as a sort of bridge between the storm and drama of the Fifth Symphony and the bucolic lyricism of the Sixth.

As for the “extemporised fantasia” between the Fifth Symphony and the Choral Fantasy, how will you be approaching it? Will you be following Beethoven’s style and harmonies for the improvisation?

I must admit, the prospect of improvising a piece is both exciting and daunting. Not being a composer myself, and considering the context of this all-Beethoven concert, I will be sticking to that “Beethoven-ian” style, and perhaps some of the actual themes from the different pieces on the concert. I think of it as a homage. I hope people don’t expect it to be as good as Beethoven!