“I always sang, since I was a child,” says Isabel Leonard. “I ended up fully entrenched in classical music, really, once I began at Juilliard. Before college I had been singing musical theater and with the jazz band as well.... I love it all!” 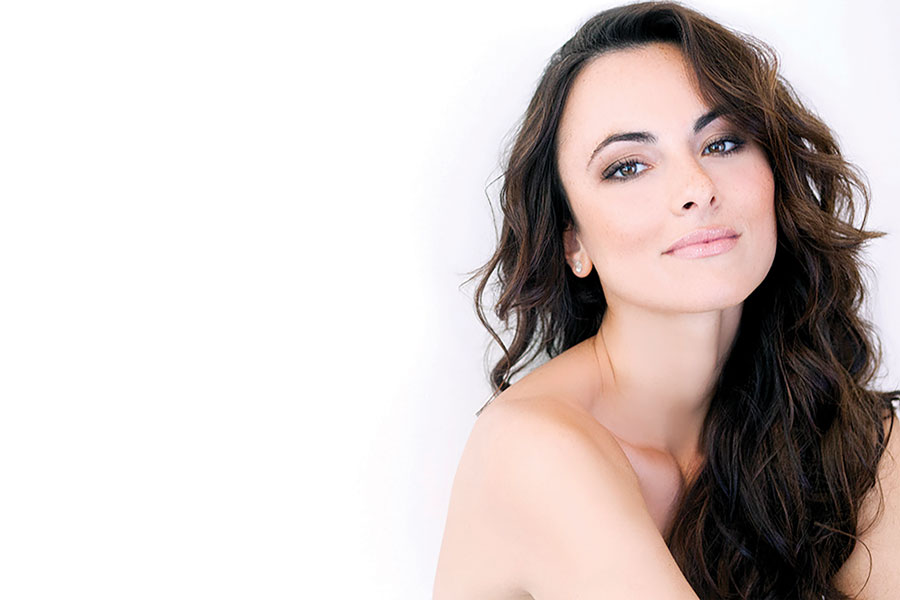 Isabel Leonard has built an unprecedented international career, performing all over the world and winning a number of competitions and awards, chief of which is the prestigious Richard Tucker Foundation Award in 2013. An audience favorite at The Metropolitan Opera, last season she sang three leading roles there. Two of these, the title role in Nico Muhly’s new opera Marnie (a Met commission), and the role of Blanche in Poulenc’s tragic Dialogues des Carmelites, were broadcast all over the world as part of The Metropolitan Opera Live in HD program. Recent years have also seen her perform the title role in Rossini’s La Cenerentola with Wiener Staatsoper and Charlotte in Massenet’s Werther with the Royal Opera House in London.

In 2016, Ms. Leonard won her second Grammy for her recording of L’enfant et les sortilèges with the legendary Seiji Ozawa. And even with an incredibly wide range of roles and repertoire, she still feels a special love for this particular work.

“I have now performed the role of l’Enfant several times, and each time I find something new and even more magical in it. I know the entire piece so well at this point,” says Ms. Leonard. “I feel very connected to the entire work. It’s so beautiful.” When asked what she likes most about the opera, Ms. Leonard had this to say: “As l’Enfant, you tend to be on stage the entire time. So not only are you performing, but you get to watch your colleagues and hear their amazing voices up close. I always say that, in fact, I have the best seat in the house. I love that. I love watching the piece unfold and just when I think ‘oh I love this part the most,’ the next character comes on stage.”

At its core, the work is a remarkable operatic fable that is brought together by some of Ravel’s most ravishing and inspired music. As Ms. Leonard puts it, “I think the best way to appreciate [the] music, is to just listen. Let your imagination wander. It allows images and colors to come up. Have fun and don’t think about having to understand anything. Rather, just enjoy the ride. It’s a very approachable piece of music and story. If the audience can feel welcomed, that’s the first and main step.”

When not performing, Ms. Leonard listens to artists of all genres, but Ella Fitzgerald, Nat King Cole and Frank Sinatra are particular favorites of hers. In addition to caring for her son (“he is my everything!”), she is also a self-described “foodie” and loves to dance. “[It] comes from the many years of ballet...which morphed later in life into tap, jazz, swing and flamenco. I’m not a master at any, but I love it all,” she says.

Isabel Leonard will be returning to Music Hall in summer 2020 to sing Rosina in Rossini’s Barber of Seville, as part of Cincinnati Opera’s 100th anniversary celebration.