Fanfare Cincinnati asked Aaron Diehl about jazz vs. classical and his performance this weekend of Ellington’s New World A-Comin’: 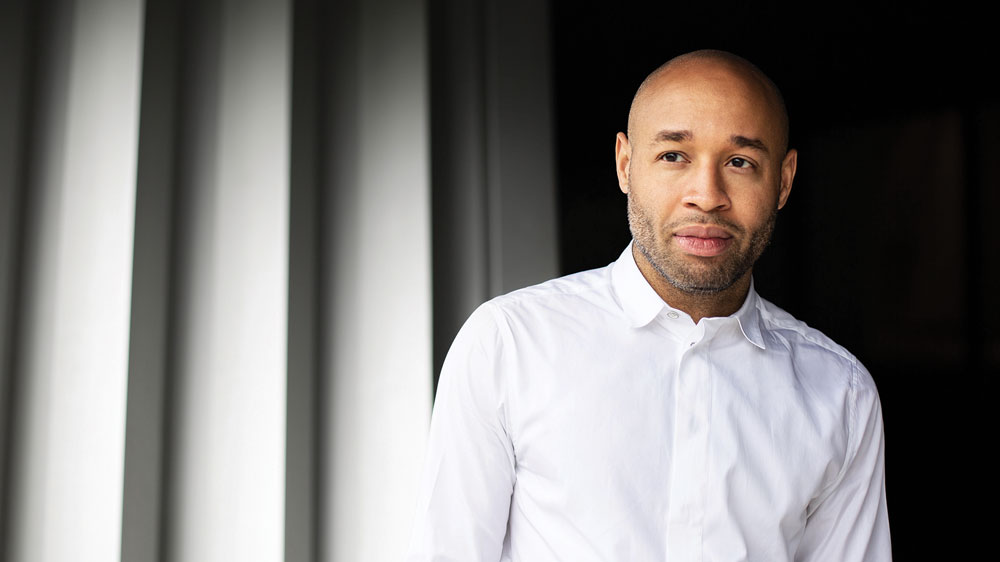 We know that jazz is your first love, but you are also an accomplished classical pianist. How is practicing for a classical concert different than preparing for a jazz concert?

There is an interview with pianist Keith Jarrett that I read recently where he describes the performance practice of classical music versus jazz and how they utilize different “circuitry." He’s entirely correct—the “how” something is played versus the “what." Although I don’t necessarily perform heavy repertoire from the European tradition, there are elements in say a work like Duke Ellington’s “New World A-Comin’” that reflect the essence of classical music performance practice. Essentially this piece is through-composed, although there can be some variations and embellishment in note choices. It’s more of a “How do I interpret” piece, rather than having a set of chord changes to improvise over and asking “what do I want to play over this harmonic progression?"

What elements of classical and jazz are alike? Do those elements make classical easier for you to perform?

I’m into airplanes, so I’ll use an aviation analogy for this. Whether a small Cessna or jumbo jet, all airplanes have the same basic mechanisms—a control column or stick, rudder pedals, throttles, etc. Conversely, aircraft systems—the complex interdependent functions of an airplane such as avionics, fuel, hydraulics—can vary drastically even between two airplanes made by the same manufacturer. In short, apart from similarities in using the same twelve notes, using some of the same instruments, and employing some similar harmonic functions used in the Common Practice Period, these are very independent idioms equally difficult to master at the highest level.

This will be your first time performing with the Cincinnati Symphony Orchestra; there will be several collaborations including pianist Vadym Kholodenko and video artist Tal Rosner. What strengths do all these moving parts bring to a performance? Anyone you’re particularly excited to work with?

I’m always excited about new collaborations and their potential for fueling creativity. I look forward to working with everyone!!