The Covid pandemic has blurred many memories, but CSO Music Director Louis Langrée still vividly recalls the moment he first encountered Julia Adolphe’s music. Back in November 2017, Adolphe—not yet 30 and still fresh from winning ASCAP’s Morton Gould Young Composers Award that spring—was in Cincinnati for the world premiere of Equinox, her second commission for the May Festival Chorus, to celebrate the reopening of Music Hall.

That evening, Langrée had led Bach’s Magnificat and Brahms’ Triumphlied, a two-tiered tribute to Music Hall’s inaugural season. But in between, Adolphe’s a cappella piece was conducted by May Festival Director of Choruses Robert Porco, leaving Langrée free to relish the 12-minute premiere.

“The piece was simply mesmerizing,” he recalls, “filled with colors and shapes, such power and yet such subtlety. Immediately I knew I had to conduct her music.”

By the end of her stay in Cincinnati, Langrée had “showered her with questions” and quickly established both musical and personal rapport. Although he would later hear Adolphe’s Dark Sand, Shifting Light and her viola concerto Unearth, Release, both written for Alan Gilbert and the New York Philharmonic, Langrée had already become fixated on commissioning Adolphe to write an orchestral piece for the CSO’s 125th Anniversary season in 2019–2020.

Actually getting to conduct her music, though, proved more elusive. Adolphe’s Paper Leaves on Fields of Clay, paired with Mahler’s Third Symphony, was originally scheduled for the season finale in mid-May, 2020. The Covid-19 pandemic had other plans, however, and during the state-wide cancellation of public gatherings of more than a hundred people, Adolphe’s premiere was postponed until the end of October 2020. That date proved unsuccessful as well.

“Our biggest advantage,” Langrée says, “was that once we knew we had to cancel, it gave us plenty of time, and Julia had much more room to polish the music”—a far more serene description than the composer offers about her creative process during the pandemic. “It might seem a bit of a stretch to imagine a full orchestral work from hearing only a cappella music, but what attracted me was her way of wielding grand gestures. I’ve become very excited about this piece.” He pauses for a moment, “And very patient.”

The lag between Adolphe’s completing the work and its belated premiere on April 8 and 9 this year also offered Langrée a luxury quite rare in orchestral programming: prior knowledge of what a world premiere will actually sound like. After seeing the finished score, Mahler’s Third was out; Debussy’s La mer was in, along with Beethoven’s Piano Concerto No. 3 with soloist Yefim Bronfman. “Debussy’s piece is a far better pairing with Julia’s, because he too was not composing an abstraction but was similarly inspired by something direct,” he says. “For him, music was also about turning certain images into poetic fantasy.”

As for the Beethoven, Langrée’s reasons are a bit more personal. “Back in my prehistoric life, before conducting, this was the only one of Beethoven’s concertos I ever played as a pianist, and it’s still the only one I’ve never conducted with the CSO. It is his best,” he says, pausing for a moment. “Just like the other four. Whichever Beethoven concerto I’m conducting at the time—even the Second, which is the least performed—I feel is his best.” 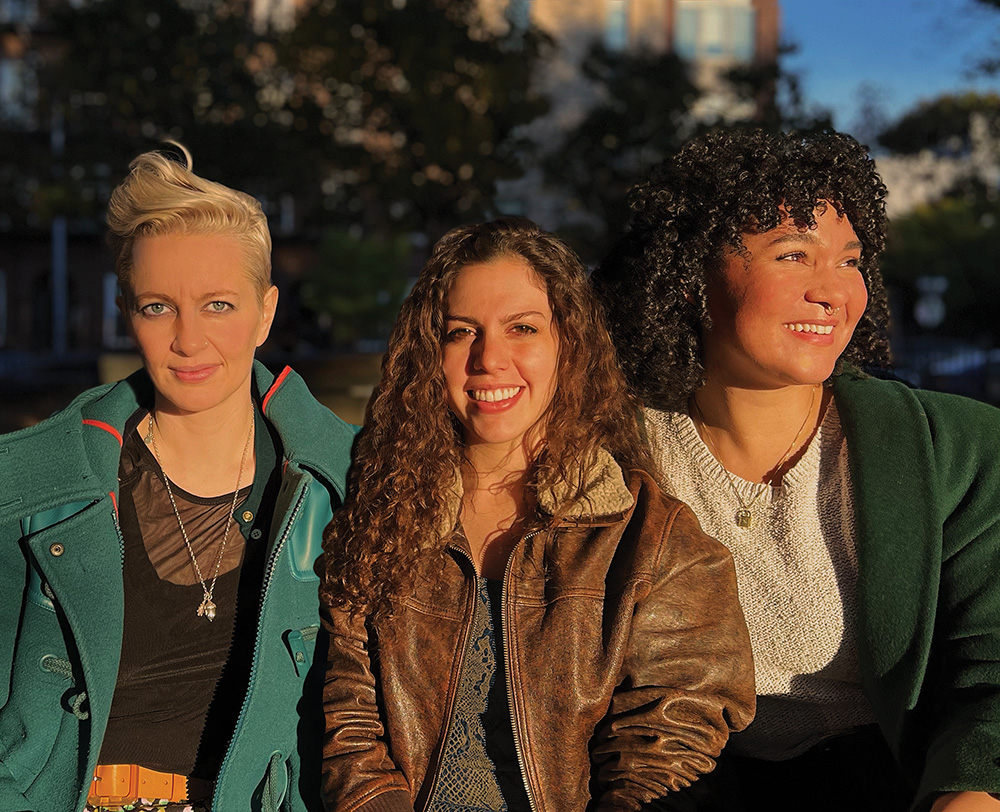 As world premieres go, Nine Mothers, a CSO co-commission from the composer collective Kinds of Kings to be performed by the Grammy-winning ensemble Eighth Blackbird March 25–27, is something of a wild card—or as Langrée puts it, “an exciting question mark.” And yet, that also makes it more or less standard operating procedure.

Like many commissions, Nine Mothers stems from a conductor’s longtime relationship with a performer—though in the case of Eighth Blackbird the relationship was plural. The Chicago-based sextet was Langrée’s first “soloist” in his inaugural concert as CSO Music Director in November 2013, when their performance of Jennifer Higdon’s On a Wire (another CSO co-commission) was featured in a program with Beethoven’s Fifth Symphony and Aaron Copland’s Lincoln Portrait narrated by the poet Maya Angelou.

“Eighth Blackbird still holds a special place in my heart,” says Langrée, who later brought the ensemble to Lincoln Center. “That particular group of instruments”—flute, clarinet, piano, percussion, violin and cello—“doesn’t have repertoire, so their mission is to commission new works. They have the appetite to expand the repertoire and make it richer. But, in this particular case, you have an ensemble of soloists performing music composed collectively by an ensemble of composers. Personally, I love this whole idea.”

The main hurdle, though, is that the music remains a total mystery until the score arrives, while Langrée still had to find other works to put on the same program. Weeks before the premiere, the conductor says he knew nothing about the piece “other than the title.”

Rather than play down the elements of surprise and spontaneity, Langrée decided to accentuate them. For surprise, he turned to Berlioz’s Symphonie fantastique. “Despite this piece being such a part of the repertoire, it still sounds like a radical experiment,” he says. “And actually, the beginning of the fifth movement still sounds completely mad and modern.” 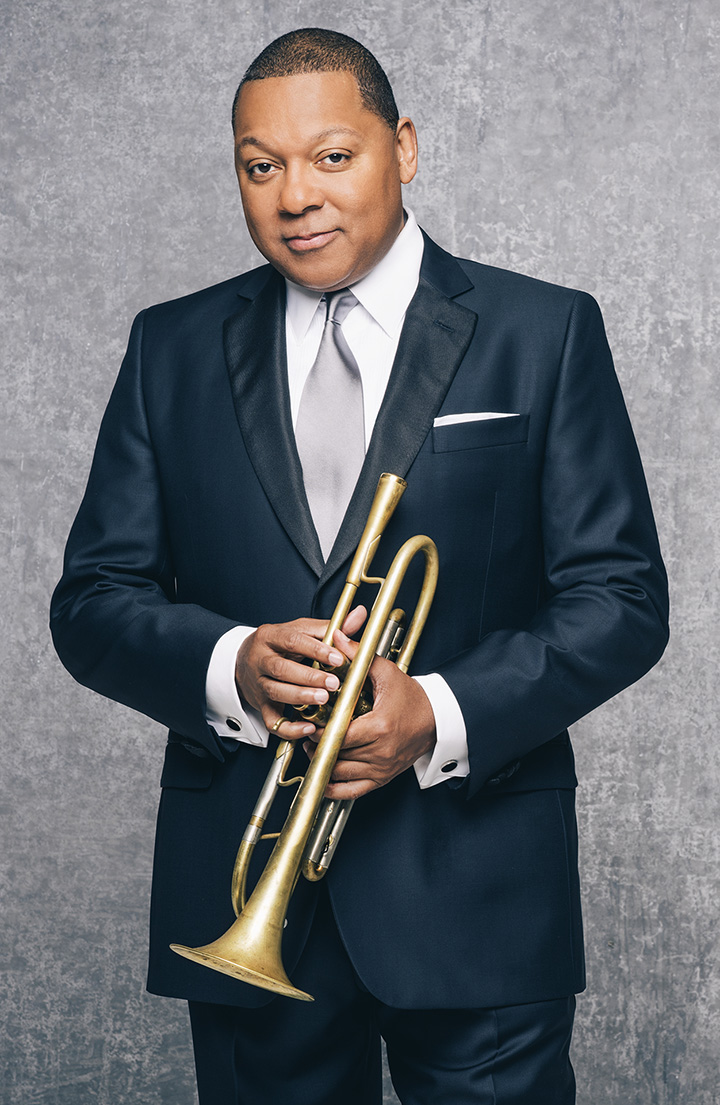 For the spontaneity, he turned to Wynton Marsalis, the jazz luminary (and Langrée’s former neighbor and Lincoln Center colleague) who has also gained substantial fame in putting notes on paper. Marsalis’ Herald, Holler and Hallelujah (another CSO co-commission) aligns smoothy with Cincinnati’s legacy, clearly extending a fanfare tradition that started with Goossens’ commissions, including Aaron Copland’s Fanfare for the Common Man (premiered by the CSO in 1943) and continued through the pandemic-inspired Fanfare Project, in which more than a dozen composers were commissioned to write short solo works for musicians to perform and record at home.

“We live in a world where so many things are planned and easily predicted, so I like the idea that this will be a totally new experience,” Langrée says. “If Covid has taught us anything, it’s how to deal with the unpredicted, how to handle the ‘last-minute.’ It is one thing to keep doing what you know you can do well, but by now we have learned how to prepare for innovation—or at the very least, how to pivot to something totally new—and I find that very exciting.”

Thanks partly to a Covid-cancellation backlog, this CSO season is particularly packed with commissions and world premieres. Missy Mazzoli’s new Violin Concerto (Procession), with soloist Jennifer Koh, comes to Music Hall March 11–12 alongside Mozart’s C Minor Mass. Guillaume Connesson’s Concerto for CSO Principal Oboe Dwight Parry will have its first performances May 6–8 paired with Rachmaninoff’s Symphony No. 2; the next week, Gabriela Ortiz offers the Covid-belated world premiere of her CSO commission paired with Bruckner’s Symphony No. 7. The lineup resembles that of many other orchestras around the country—only more so.

“In Cincinnati, we didn’t have to wait for Covid to start commissioning new works,” says Langrée. “It was already an important part of our history. But so many new pieces are only performed once. The only way to gauge a piece’s real musical life is to see new performances, different interpretations. Just as important as the first performance is finding some way for the music to live on.”

For Langrée, the key lies in a broader approach to programming. “Look at our program on May 14 and 15,” he says. “Bruckner’s Seventh, with its dense German sound and spiritual dimension, really speaks to the DNA of this orchestra. At the same time, it offers a true contrast to the music of our own era—particularly Gabriela’s vibrant Latin American experience. Juxtaposing these sounds, these eras, helps us to hear more traditional repertoire with fresh minds and ears, and to listen to new works with the feeling they are part of the tradition already.”

Langrée, though, is quick to point out that “tradition” is hardly etched in stone. “We often forget that, before Mendelssohn, most concerts were all new music,” he says. “People didn’t want to hear a piece that had already been performed somewhere else, even if they hadn’t heard it before. They always wanted something new, written especially for them. Only in the past century did concert halls become museums focused on music of the past.”

The past two years of the pandemic have changed the way audiences listen to music—not just what they choose but also how they approach it. “The days of people coming to concerts with a stopwatch to see if the tempos match their recordings at home are over,” Langrée says. “It’s hard to predict how much of our Covid experience will remain with us, but I think this balance of old and new is here to stay.”

So too is that balance reflected in the concertgoers who have returned to Music Hall, he adds, though the dynamics they bring are not so obvious. “Normally you’d imagine that young people want to hear new music, and older audiences want to keep hearing the same old works they love, but this is not the case,” Langrée observes. “I can’t give a percentage, but from many conversations with audience members it’s usually the newcomers to classical music who want to learn about Beethoven’s Fifth or Tchaikovsky’s Sixth, and often the old music lovers—or I should say, veteran listeners with long-established musical culture—who are most eager to discover new works.”