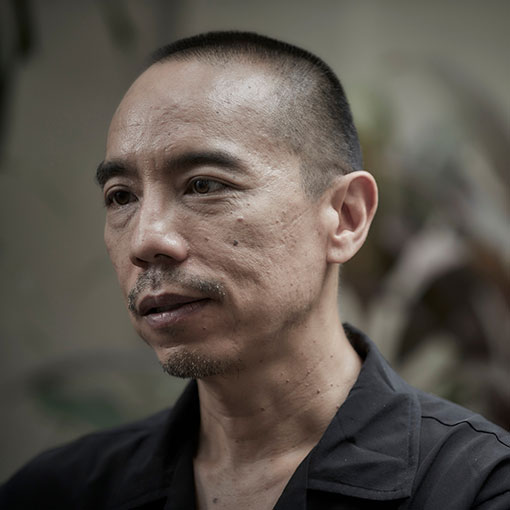 Apichatpong Weerasethakul is recognised as one of the most original voices in contemporary cinema. His previous seven feature films, short films, installations and his recent live performance have won him widespread international recognition and numerous awards, including the Cannes Jury Prize in 2021 for Memoria, his first film shot outside of Thailand, featuring Tilda Swinton. He also won Cannes Palme d’Or in 2010 with Uncle Boonmee Who Can Recall His Past Lives. His Tropical Malady won the Cannes Competition Jury Prize in 2004 and Blissfully Yours won the Cannes Un Certain Regard Award in 2002. Syndromes and a Century (2006) was recognised as one of the best films of the last decade in several 2010 polls. Mysterious Object at Noon (2000), his first feature, has been restored by Martin Scorsese’s World Cinema Foundation.

Born in Bangkok, Apichatpong grew up in Khon Kaen in north-eastern Thailand. He began making films and video shorts in 1994 and completed his first feature in 2000. He has also mounted exhibitions and installations in many countries since 1998 and is now recognised as a major international visual artist. His art prizes include the Sharjah Biennial Prize (2013) the prestigious Yanghyun Art Prize (2014) in South Korea and the Artes Mundi Award (2019). Lyrical and often fascinatingly mysterious, his film works are non-linear, dealing with memory and in subtle ways invoking personal politics and social issues. Working independently of the Thai commercial film industry, he devotes himself to promoting experimental and independent filmmaking through his company Kick the Machine Films, founded in 1999, which also produces all his films. His installations have included the multi-screen project Primitive (2009), acquired for major museum collections (including Tate Modern and Fondation Louis Vuitton, Paris), a major installation for the 2012 Kassel Documenta and most recently the film installations Fireworks (Archive) (2014), Invisibility (2016), Constellations (2018) and A Minor History (2021, 2022). Apichatpong lives and works in Chiang Mai, Thailand.