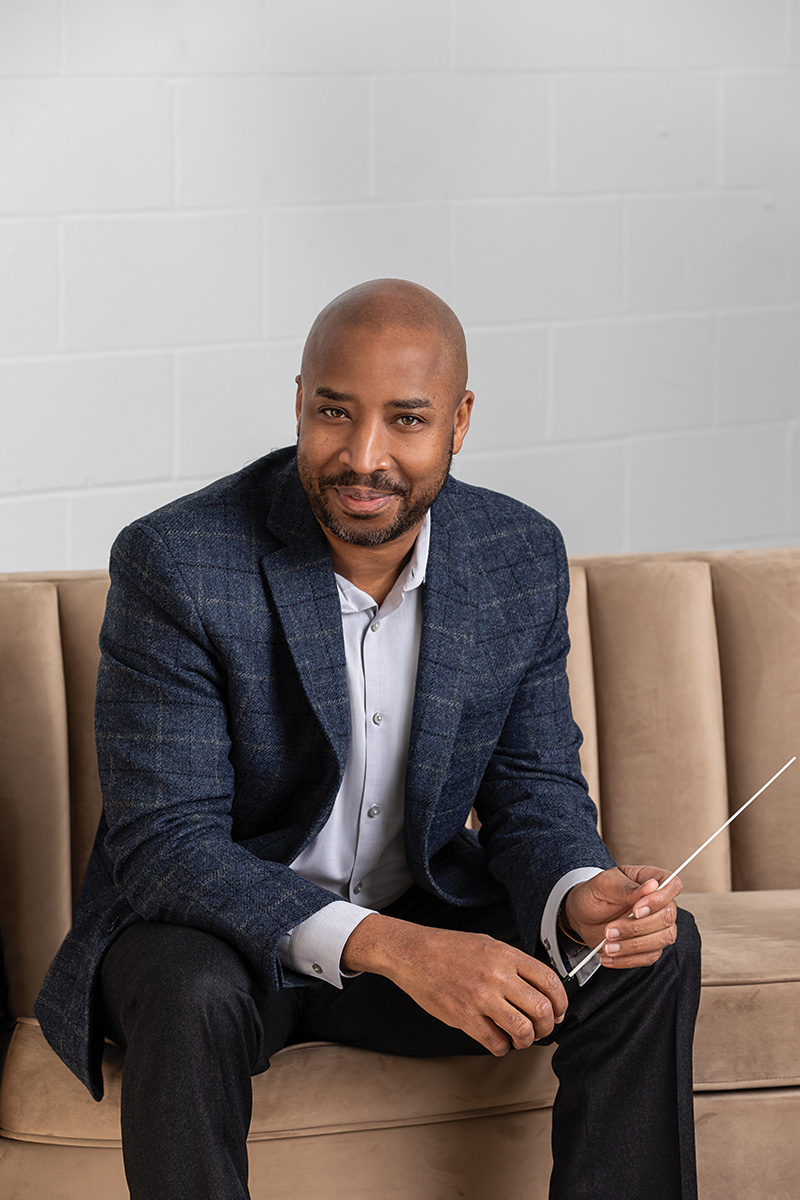 Conductor Antoine T. Clark aims to be known as an innovator in the classical music world, and he is taking steps in the right direction. Recently named as the Cincinnati Symphony Orchestra’s 2022 MAC Music Innovator, Clark, who is still considered an exception in an industry dominated by white men, hopes to serve as a role model for future generations of Black musicians who aspire to make a difference through orchestral music.
“My time playing in the orchestra prepared me to lead,” reminisced Clark. “Often, I was the only Black person in the room and, over the years, I developed ways to rise up and overcome adversity when it occurred. I hope to share my knowledge with young musicians who want to contribute to the orchestra field and change the face of the industry.”
During his MAC Music Innovator residency, Clark will work closely with the Cincinnati community to introduce students to the world of classical music through two major efforts—community engagement events, such as school visits to work with their student musicians, and workshops with the CSO’s Nouveau Program to amplify and support young, diverse musicians at various levels of proficiency. Seeing is believing, and Clark hopes that young musicians will see and realize that they can also rise to the pinnacle of their dreams, regardless of skin color.
As part of his residency, Clark will also conduct members orif the CSO in a culminating concert for his MAC Music Innovator Residency on June 11 at Word of Deliverance Ministries. Featured artists include cellist Denielle Wilson, a 2019–21 Cincinnati Symphony Orchestra and University of Cincinnati College-Conservatory of Music Diversity Fellow, and a spoken word artist from Elementz, Cincinnati’s premier hip-hop cultural arts center.
“More than just being a Black conductor, I want to show the importance and influence of Black culture on classical music through folk music, social injustice, and spirituality,” said Clark.
The concert will trace these themes through five works. The program opens with the first movement of Symphony No. 9, From the New World by Antonín Dvořák, which includes folk melodies influenced by Indigenous American music and African American spirituals. Amer’ican by James Lee III adds elements of BIPOC (Black, Indigenous and People of Color) spirituality and faith to the program. Then, the mood shifts with breathe/burn: an elegy by Joel Thompson, which draws on the emotions and disruptions of grief during the pandemic as told through the lens of social injustice. The piece, written in memory of Breonna Taylor, will feature cellist Denielle Wilson. The final works, Florence Price’s Adoration and Carlos Simon’s “Amen,” create a deeper sense of the role that faith plays in the Black American experience.
“Audience-goers will experience a multi-cultural landscape of music,” said Clark. “Classical music is truly barrier-less and speaks to all. My hope is that people leave the concert transformed.”