In 2019, the Cincinnati Symphony Orchestra finalized work on and adopted a 10-year strategic plan. Among the major goals were steps to focus the Orchestra on building more diversity and inclusion, “To better reflect our community and the world at every level—on stage, behind the scenes, and in neighborhoods throughout the region.” Objectives such as doubling the percentage of underrepresented audiences at concerts and substantially increas-ing Black/Latinx board representation by 2025 emerged from the realization that a venerable, 125-year-old city institution could be viewed as irrelevant by Cincinnatians who might not see themselves reflected in, or welcome at, a centuries-old and historically elite Eurocentric art form.

Many of the elements of the strategic plan focused on building diversity and inclusion are a continuation of work that started more than 30 years ago with the Orchestra’s leadership, in partnership with the Multicultural Awareness Council (MAC), a diverse group of community volunteers who help support CSO programs and initiatives. The Council, which at its origin was charged with helping the CSO attract more African American musicians, board members and staff, has been at the helm of a number of diversity initiatives throughout the years, including the annual Classical Roots Concert and supporting the Nouveau Chamber Players. MAC has also played a pivotal role in the Norman E. Johns Chair Award, which provides financial support to African American, Latinx and Native American student musicians. MAC also spearheads the MAC Award for Diversity and Leadership in the Arts, recognizing local arts leaders who are advocates for inclusion in the arts. 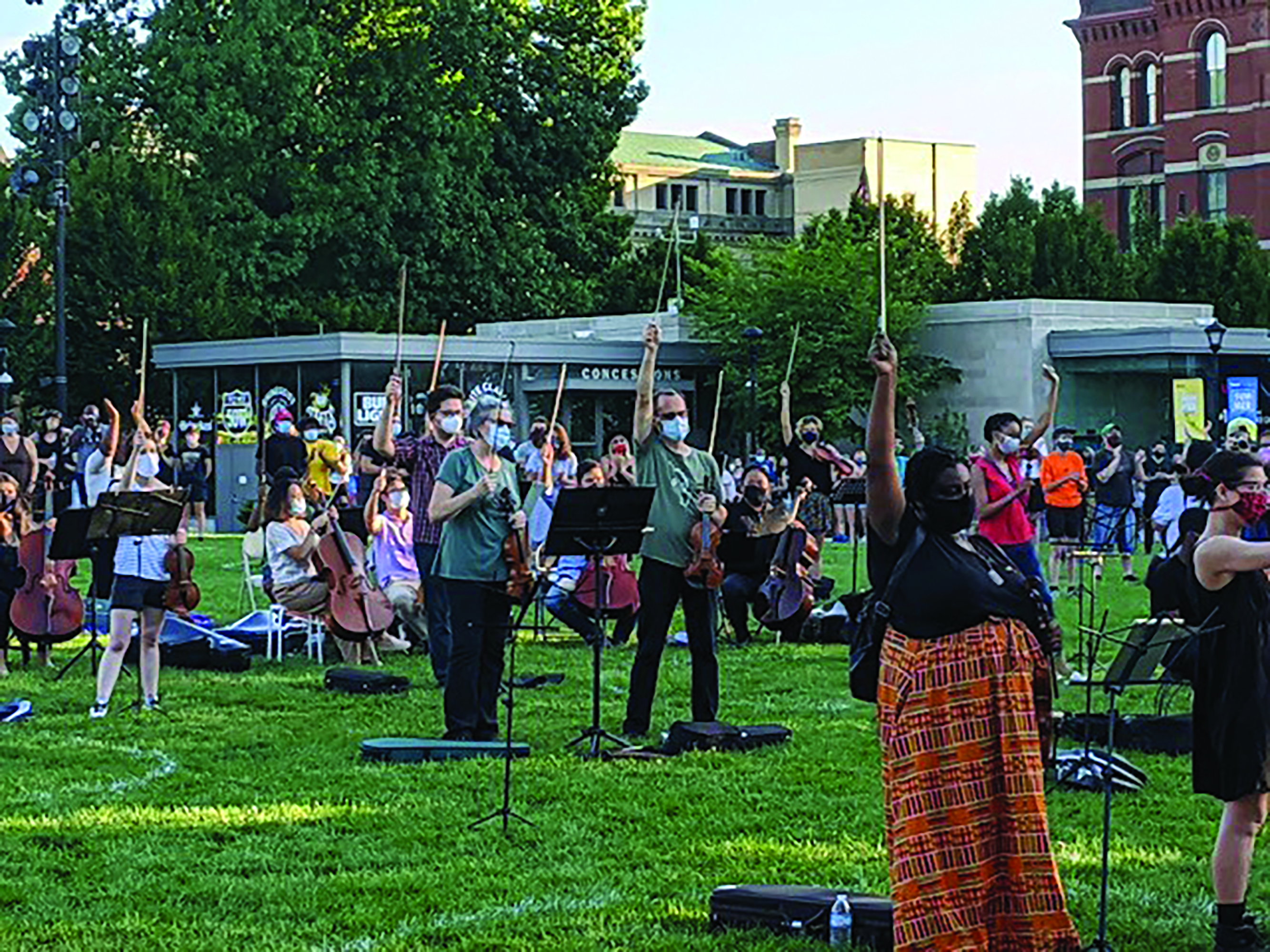 In May 2020, in the wake of the George Floyd killing and fervent calls to recognize and address systemic racism, it became apparent that the CSO needed to redefine and accelerate its commitment to advocating for systemic change in the community. The Orchestra released a state-ment that said, in part: “How can we best serve? In the past we have responded to tragedy with the inspirational, healing power of music, and we will continue to use that power. As racism and inequity continue to plague our nation, however, it is clear that music isn’t enough. Words are not enough.”

President and CEO Jona-than Martin recalls, “I was seeing a lot of energy that was not focused—let's do this, let’s go do that, let’s support this. I came to the realization that we needed a very crisp action plan, one that would amplify and sit alongside the strategic plan.” Beyond his own convic-tions, he adds, there was full-throated commitment from the board, staff, Music Director and musicians who had been involved in the strategic planning process.

In August, the CSO announced a 10-Point Diversity, Equity and Inclusion Action Plan to accelerate the pace of efforts, with steps to be carried out within 12 months. Two major points are the creation of a Community Advisory Council (CAC) and establishment of a new executive-level position: Chief Diversity and Inclusion Officer (CDIO). The formation of the CAC acknowledges that the CSO has work to do in building on the work begun by MAC, and must be better about listening to its neighbors. “In the old days, arts organizations were in the habit of swooping into a neighborhood and saying, ‘Well, you need us and this is what we’re going to give you’—a very sort of paternalistic approach,” says Martin. The CAC, by contrast, will start with an understanding of what assets might already exist in a community, “and then have a conversation, doing more listening than talking.”

He credits the Orchestra’s Director of Community Engagement and Diversity, Tiffany Cooper, with catalyzing the idea. Cooper, a Cincinnati native, says she suggested drawing upon community leaders “who are already out there doing the work, and are deeply engaged, so it’s not just us jumping in.” The standing Advisory Council is expected to be a rather small, but focused, group of about a dozen individuals who might help the CSO make and foster meaningful connections with those leaders as well as with young professionals of color who, in turn, could eventually help shape the Orchestra’s future. “The other thing to keep in mind is we’re trying not to define neighborhoods just by geography,” says Martin, citing groups like those of the  LGBTQ+ community. “This DE&I action plan has a big disclaimer, which was—yes, this was driven by the urgency of the moment, post-George Floyd—but the elements of it have to apply across gender, sexual identity, ethnicity and race. We have to extend our virtual neighborhood.” 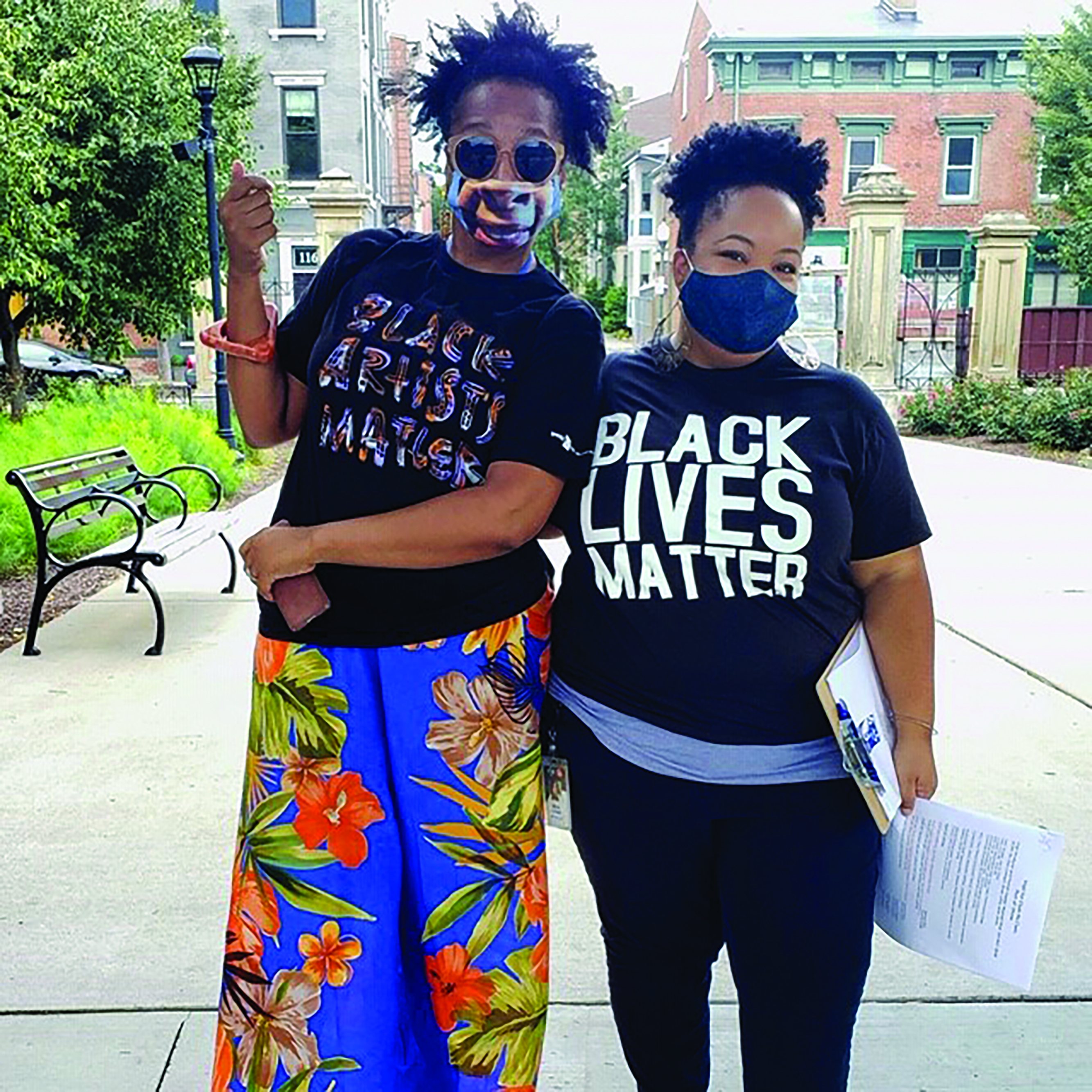 The CDIO, meanwhile, will spearhead staff efforts to amplify the Orchestra’s goals from within. Martin describes the position as akin to that of a chief financial officer, in having the authority to work across all levels and departments of the organization. “There’s no one answer. You’ve got to attack it in a 360-degree way,” he says. “Your concert format, your framing of materials, how you market, how you use social media platforms in a way that is more welcoming. Also, how you staff and populate your own family.”

To that end, the CDIO will work toward diversification of staff, board and the volunteer base to better reflect the community. The position is the first for an American orchestra, a distinction that the CSO appreciates, but also downplays. “Orchestras have not always been the most adept and agile, so I guess it’s not a surprise that this is a new approach,” says Martin.

Because there was no precedent in the orchestra world to draw upon, the role and who should fill it is a blank canvas, notes Board Member Charla Weiss, who herself holds the title Director of Diversity and Inclusion at Children’s Hospital Medical Center. But the need for it was very intentional, as became apparent through the strategic planning process. “How do we create something that’s not just of the day and moment, but a foundation that we can build on throughout the years and decades?”

During the pandemic shutdown, Weiss took particular notice of the diverse crowds gathering in Washington Park, right across from Music Hall. “On a beautiful day, everyone is there—every age, sexual orientation, gender, ethnicity, race, economic situation. It is a wonderful feeling of community, right in front of the building. That, to me, is our city,” she says. “I want all those people who have looked at the building and thought, ‘Gosh, I’ve never been inside,’ to stop whatever they’ve been doing, walk in the front door, and have a great experience.”

In an odd way, the pandemic pause offered a chance for a refresh, she says, a do-over in terms of meeting members of the community in a more direct way, right where they live. Martin agrees, noting that, in actuality, dual pandemics—Co-vid-19 and systemic racism—converged, just as the Orchestra was deep into discussions about changes it might need to make during an extended shutdown. “Merging the two made sense in many ways,” he says. Some restructuring of staff under a new Digital Content and Innovation Department became part of a necessary pivot to all-virtual performances and the demands of creating digital content. Pandemic restrictions on the number of musicians allowed onstage meant a rethinking of programs for the fall season, which, in turn, presented new opportunities to perform solo and chamber works by a more diverse pool of composers. Approximately 75 percent of the pieces heard on the fall’s seven concerts are by composers of color, ranging from the 18th-century Joseph Bologne, the Chevalier de Saint-Georges, to contemporary voices such as Jessie Montgomery and Anthony Davis.

A conscious decision was also made to offer free streaming of the seven fall concert programs. “At the precise moment we are having a conversation about being more inclusive or reaching into the community, the last thing we should do is make it harder for people to access the music, through the economics of password protection and a pay wall,” says Martin. He adds that the streamed programs do include a call to action. “Even if they give a dollar, they become part of the family.”

For ultimately, support of the Orchestra extends beyond immediate monetary transactions. Although, as Martin indicates of the CSO’s Diversity, Equity and Inclusion initiatives, “Even if you step back and say, well, there’s no moral imperative to do this—which I believe there is—you can justify it on business merits. You can’t have a conversation about classical music in this country and what we need to do to expand our audiences without simultaneously having a conversation about how are we including you. How are you welcomed? How are you framing the role of the orchestra in a community? The two go hand in hand.”