The CSO welcomes two new Assistant Conductors to the podium this season. Samuel Lee and Daniel Wiley will assist Music Director Louis Langrée and Cincinnati Pops Conductor John Morris Russell, as well as help lead various educational and community engagement activities throughout the season. Coincidentally, both Samuel and Daniel both dreamed of being conductors from a young age, although each took a slightly different career path before landing back in the world of orchestral conducting. Both also consider their relationships with the members of the Orchestra as one of mutual learning and inspiration. 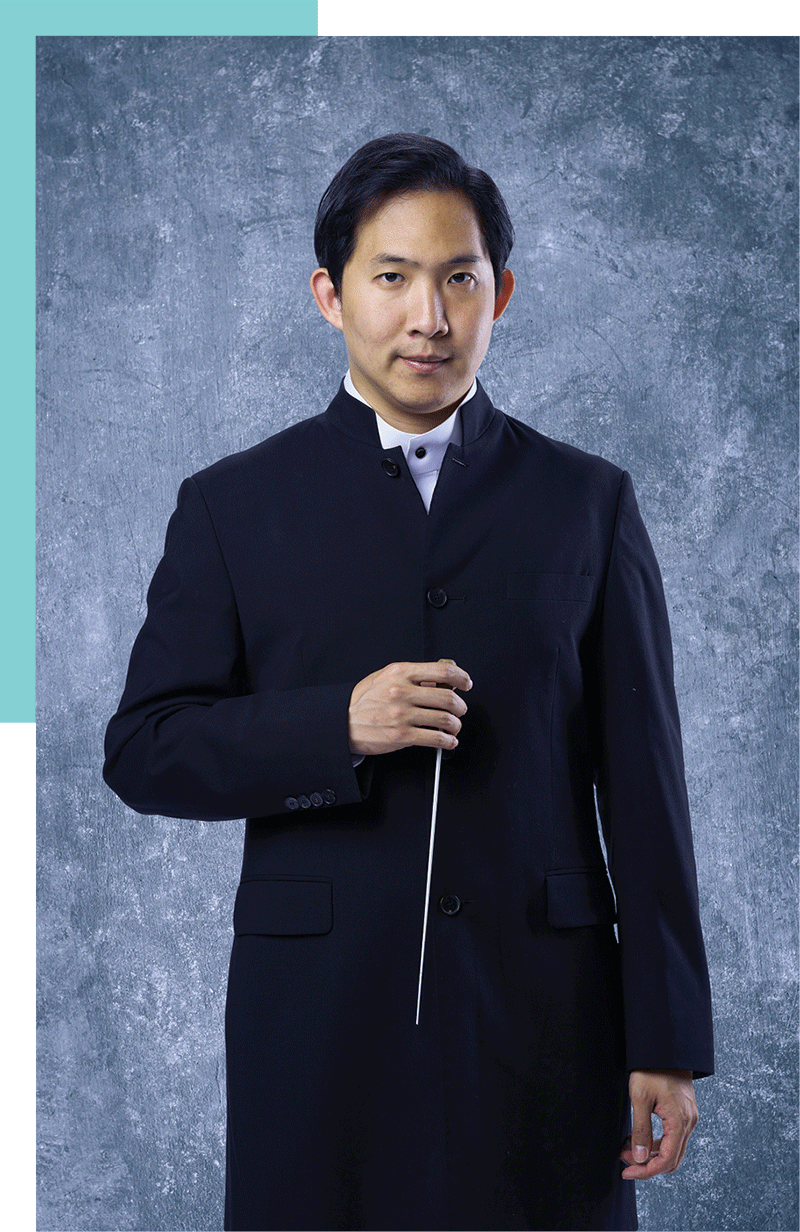 Originally from Seoul, South Korea, Samuel Lee was born into a musical family. His mother was a singer, and he had two musical aunts—one a pianist and the other a viola professor. The women plotted for Samuel to grow up to become a conductor and for his cousin to become a composer. (Their dreams for their children came true, as Samuel’s cousin is working as a composer in Chicago.) Samuel’s aunts started teaching him piano and violin when he was four years old, and he later took to the viola as his primary instrument.

Samuel’s musical education continued throughout his youth, and he moved to Berlin to further his viola studies with Tabea Zimmermann. Through his studies, he met his colleagues in the Novus String Quartet, with whom he played for ten years.

“When I was young my dream was to become a conductor, but I ended up doing advanced studies in viola performance. After graduating, I wanted to start my career over again, this time with a major in conducting,” said Samuel. While studying conducting, he also worked as a viola professor and conductor at Bach Music High School in Berlin.

Looking for more conducting experience, he found the CSO’s Assistant Conductor position online, applied, and was invited to audition. Not only is this Samuel’s first job in the U.S., but it was also his very first time auditioning as a conductor.

The best conducting advice Samuel has received so far? Trust the musicians; trust your colleagues. In following this advice, Samuel often finds inspiration from his colleagues in the orchestra. “Many conductors think we have to give all the information and control the orchestra, but so often the sound and musical ideas start from the orchestra itself.”

As Samuel settles into the lifestyle and culture of the U.S., Cincinnati Pops Conductor John Morris Russell has been introducing him to some favorite Cincinnati pastimes, including Reds baseball, Graeter’s ice cream and Skyline Chili. Because of his work with the Pops, Samuel has also been discovering American pop music, and he loves it.

When not working or exploring Cincinnati, Samuel can be found spending time with friends, watching movies (particularly old classic films), and reading books. He also has a long list of places in the U.S. he wants to visit when he gets the opportunity, including Hawaii, Alaska and Niagara Falls. 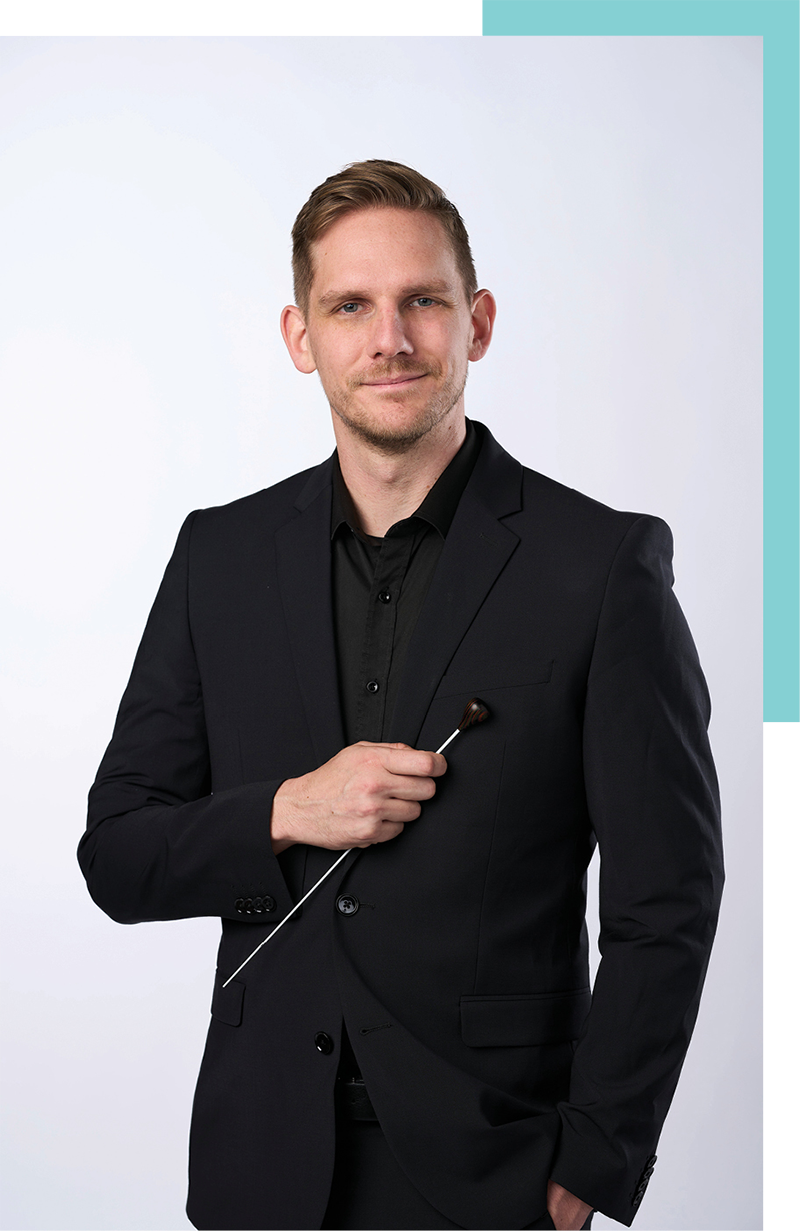 Invited by his middle school band director, Daniel Wiley first found himself on the conductor’s podium at age 13. After that experience, he knew he wanted to be a conductor, but he didn’t yet know what form that would take.

He went on to pursue an education degree at Boise State University with the goal of becoming a high school band director. During college, he discovered his love for conducting orchestral music, and his career goals shifted accordingly. Upon graduation, he took a job as a junior high choral director for a couple of years before pursuing a master’s degree in orchestral conducting at the University of North Texas. He started his doctoral work there as well, but landing his first job as Associate Conductor of the Windsor Symphony Orchestra put his academic pursuits on pause.

Considering both of Daniel’s parents and both sets of grandparents were teachers, education is in his blood and continues to inform his approach to music. Two things happen when young people attend an orchestra concert, he said. “One, we are fostering a deeper sense of awareness, and by doing so, creating more complete humans that understand the world a little bit better. Two, we are championing other arts and community partners and making authentic connections [between the disciplines].”

During the pandemic, Daniel worked with the Windsor Symphony to create a digital education concert series that ultimately reached 123,000 students across the U.S. and Canada—a point of pride he considers a highlight of his career. For him, the ultimate goal of music education is simply to inspire the next generation to value what classical music can do to enrich their lives.

The best piece of advice Daniel ever received applies both to music and to life: Try not to dwell too long on things. “Conductors can be slightly neurotic and let things fester because we really care, but there’s something to be said about being in the moment. To allow the music (and life, for that matter) to happen without forcing it is certainly something I don’t do perfectly every day, but something I really strive towards in my daily life.”

You may find Daniel in his spare time “flushing his brain” on a run or cooking. Of course, he frequently listens to music, whether it’s what the CSO is performing in a given week, or a mix of classical and other genres. Currently on the playlist? Richard Strauss and Elton John.