Skip to Main Content
20/21 / Creative Conversation: How to Be Human in an Age of Machines... / Srinija Srinivasan Bio 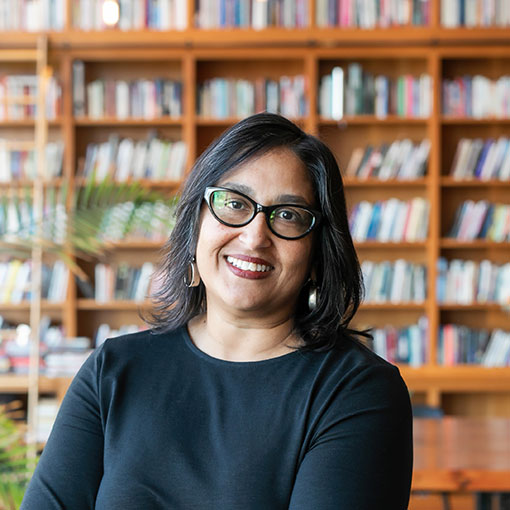 Born in India the youngest of three and raised in Lawrence, Kansas, Srinija Srinivasan followed her siblings to college in California.  Having studied artificial intelligence at Stanford and worked at a large-scale AI project after graduating, Srinija became an accidental tech exec when she joined Yahoo! in 1995 as one of their first five employees and self-titled Ontological Yahoo.  She served as Vice President, Editor-in-Chief at Yahoo! for over 15 years, where her work centered on the human experience, starting with the categorization system of the Yahoo! Directory and rapidly expanding into leading editorial and policy issues globally.  During that time she also chaired the board of non-profit SFJAZZ, and these experiences together forged her determination to co-found Loove, a developing music venture designed to demonstrate how commerce and technology can be guided by artistic values rather than letting our culture be led by market values.  She's a board member of the On Being Project and a Vice Chair of Stanford University's Board of Trustees, where she also serves on Stanford's Humanities & Sciences Council, the Stanford Live Advisory Council, and the Stanford Institute for Human-Centered Artificial Intelligence (HAI) Advisory Council.  She lives bicoastally between Palo Alto, CA and Brooklyn, NY.